Lion Selection Group Limited (ASX: LSX) invests in mining and exploration companies by offering diversity and a portfolio approach to the micro-cap end of the mining investment. Lion acquired 33.3% interest in the Pani Gold Project from One Asia in April 2018. This flagship acquisition followed the resolution of the Pani ownership dispute in December 2017, negotiated by Provident Capital, Lion’s 66.6% partner in the Pani Joint Venture.

The management believes that the prospects for Lion are excellent, and the company is positioned to benefit from Pani, which is one of the most exciting projects in its 20-year history. 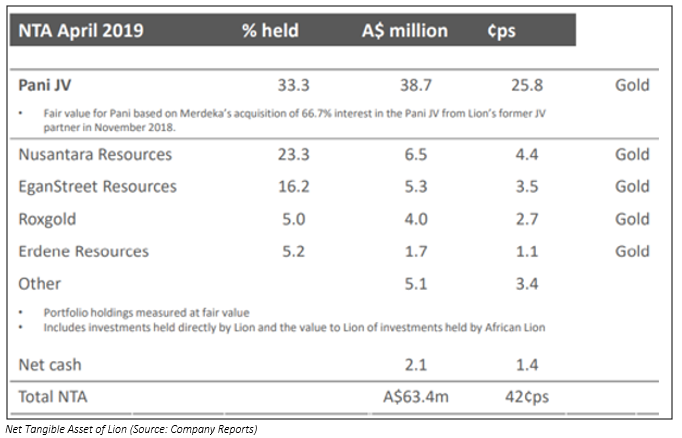 As an alternate pathway to development, Lion is looking for two options; partnership with J Resources or develop Pani IUP standalone.

Deal with J Resources: The Pani JV is looking to strike a deal with J Resources on its adjoining Contract of Work (CoW) tenement. If a deal can be consummated, the joint project will be a world-class gold deposit with immediate upside, uniting the Pani JV’s 2.37Moz resource with J Resources’ resource of 2.06Moz. Such a deal would unlock optimal development of the Pani deposit in a ‘Superpit’ operation, unrestricted by tenement boundaries, including: (1) Favourable topography: low strip ratio, open pit operation amenable to bulk mining. (2) Economics of scale anticipated: low capital and processing costs per ounce, with grid power available. (3) Metallurgical work to date suggests high recoveries via heap leach or CIL. Due to the key permits already being in place, it can be possible to fast track development of a globally significant gold mine.

Develop Pani IUP standalone: The Pani joint venture continues to progress towards a standalone operation for the Pani IUP, with key permits received this quarter. A standalone operation would entail trucking material on an access haul road to the Pani JV’s processing and refining area several kilometres south of the Pani IUP mining area, where it would be treated. Flexible processing options are available, with metallurgical work to date suggesting high recoveries in heap leach or CIL and grid power available. Such an operation is also expected to be low cost due to favourable characteristics but would not benefit from the economies of scale of a combined operation. In addition, some mineralisation is expected to be challenging to mine due to topography and tenement boundaries. 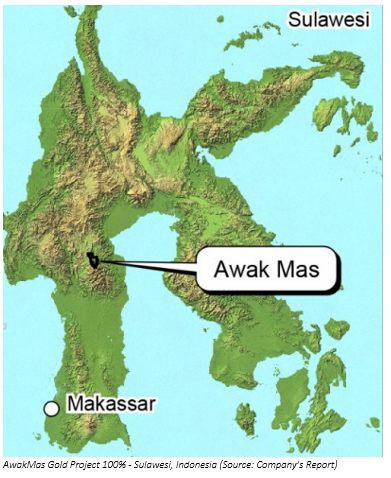 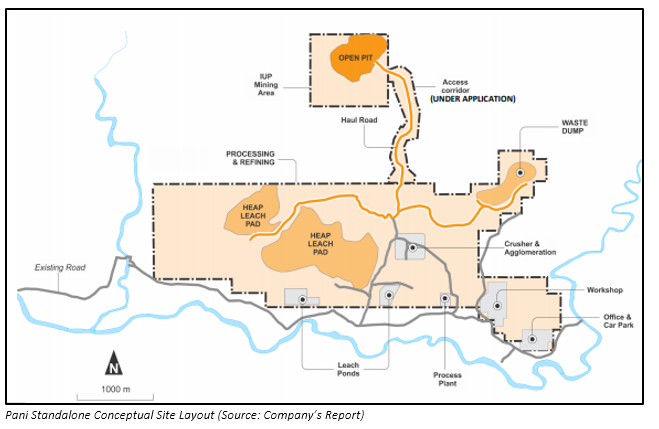 Nusantara – Step Change in May 2019: A collaborative approach to funding has been progressing with Partner Indika to fund development of Awak Mas with the objective of – (a) Office relocation to Indika, Jakarta (b) Engagement with banks for project debt (c) Sale of project interest envisaged to fund NUS share of funding.