An investor on the lookout to put his money, in the hope of attaining good yields can invest in industrial stocks. The industrial stocks encompass entities associated with generating products utilised in the construction work and product manufacturing.

According to market reports, industrial stocks had made good progress in 2018, and their prospect seemto be quite bright in 2019 as well. In the face of an ongoing trade warbetween the US and China, the industrial stocks have not shown any signs of slowing down in terms of generating profits. The reason cited for the progress can be attributed to the orders secured under the capital goods being robust in the market. As per a market expert, these stocks under discussion have been exhibiting remarkable progress in 2019. Also, the enhancement in the housing and non-housing construction work, accompanied by the demand from infrastructure division, is said to be providing a boost to the industrial sector’s performance.

Let us now look at the three exciting industrial stocks listed on ASX:

AMA Group Limited leads the automotive aftercare and accessories sector. The individual entities of the group devoted towards automotive aftercare and accessory have a goal to outshine on the various fronts like brands leading the sector, consumer services being the best in class and operations that are cost-effective. The company is a constituent of S&P/ASX 300, All Ordinaries and S&P/ASX Small Ordinaries. 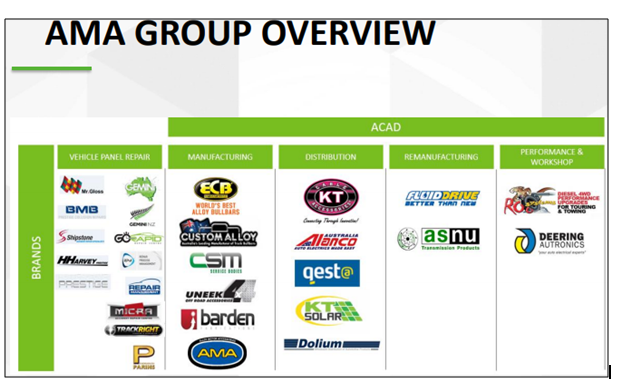 On 15 July 2019, the company notified the market it has struck a deal with RACQ. The outcome of the five-year supply deal would be two additional Greenfield sites being erected in the Queensland region. This would further exhibit a material effect on the revenue generated from AMA’s Queensland Panel Division, post the sites are completely functional.

On 12 June 2019, AMA updated the market that the trading conditions for the company were pursuing in line with the anticipations. The company confirmed that its earnings guidance for FY 2018/2019 period were at a Normalised EBITDA of ~$58 million.

Acquisitions Update: The company further reported that the acquisition pipeline for AMA Group continued to be solid. Moreover, it unveiled to have boosted revenue acquisition run rate in excess of $120 million, as promised, during the second half. The existing list of acquisitions were in accordance with the company’s fresh strategic direction of progressing into the heavy motor space; and to the utmost importance, taking the third biggest east coast consolidator.

By 19 June 2019, on the basis of the existing pipeline, the company was expecting to conclude the binding agreements/open (Greenfields) for panel and associated businesses including: Smash Care – 8 Sites, Correct Panel Group – 4 Sites, KSR Autobody- 1 Site, Inkerman Panels – 1 Site and so forth.

The acquisitions mentioned above, along with Greenfields were anticipated to contribute in excess of $120 million, as well as, ~12 million of EBITDA on a yearly basis, once it is fully integrated. Also, the multiples for the businesses being acquired have been, on average 3.8 times. The existing acquisitions would be funded through the amalgamation of debt and cash. In order to accommodate the acquisition pipeline, AMA Group had raised its debt facility with National Australia Bank Limited (ASX: NAB) by C$50 million to C$150 million. This has been done on similar terms and conditions to its existing facilities. Also, the acquisitions, which were dependent on the customary completion conditions, would settle across the upcoming months.

Primero Group Limited is a multi-disciplinary engineering group, specialising in areas like project designing, construction and commissioning. The company is engaged in projects related to energy, minerals and infrastructure.

The company would be providing first full-year results in the upcoming months, since the listing of its stock in July 2018. Primero group provides services to minerals, energy and infrastructure industry, and it provides solutions like turnkey design, commissioning solutions, construction.

Besides, thecompany had released Euroz Conference Presentation in March 2019. Primero Group mentioned that it intends to strengthen the team, systems, processes and capabilities to deliver confident and sustainable growth. Also,the group would pursue diversification across its three key sectors, with further expansion in existing and new geographies. 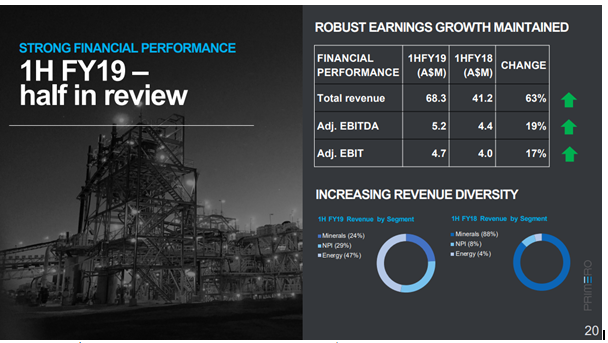 Reportedly, the company has excellent leverage to the current phase of Pilbara iron ore majors capex, and it intends to pursue further panel positions for majors sustaining capital group work. Also, the company would improve its offerings to capture extended major sector spending in Australia.

According to the presentation, Primero Group offers full project life-cycle service; from assessment to operations expansion, and it is highly regarded specialist work in battery minerals. Also, the group intends to improve the commodity suite for the full life-cycle project services delivery. Further, it would also expand the global project footprint in key areas of specialisation.

Merdeka Cu/Au – Tujuh Bukit Stages 1 & 2 – Theproject is located in Indonesia with 2 x 4Mtpa Ore preparation plants. Primero Group won tenders based on the technical solutions, and stage 2 was awarded based on the success of stage 1. 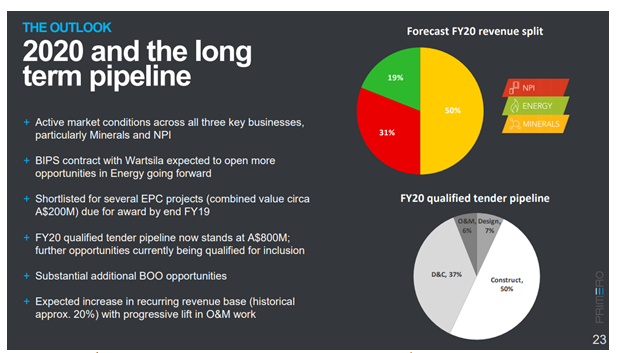 Reportedly, due to strong contract wins and strong 2H FY19 order book resulted in an upgraded revenue forecast to A$140 million. Also, it expects a strong cash position of A$25 million with a low gearing of A$4 million debt. 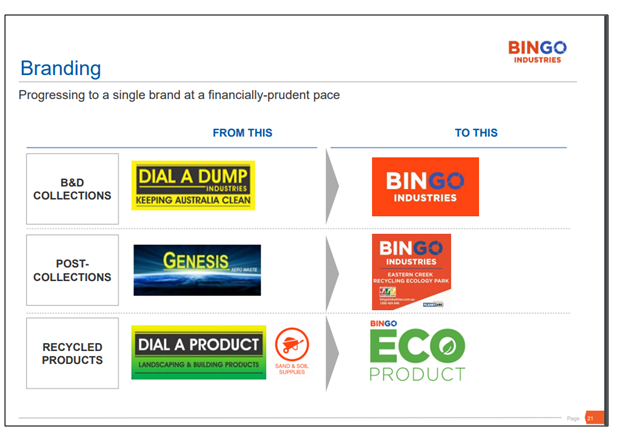 Further, the acquisition resulted in new post-collection assets –Eastern Creek Waste Facility, which is recycling and landfill facility with an approved capacity of up to 2 million tonnes per annum. Moreover, the acquisition enables Bingo to diversify product offering through the expansion of processing capabilities into timber shredding, brick and concrete crushing, scrap steel recycling, garden organics in the Sydney market.