Why Diversification in stocks is required?

Diversification helps to lessen the risk by allocating investments between several financial instruments in diverse zones that may react differently in the same circumstance. Investors may find difficulty in balancing the diverse portfolio and the diversification expensive as well.

Let us discuss a few diversified stocks to invest in.

New York based, PINCHme.com Inc. runs product sampling and digital promotions platform. The company’s platform intelligently matches the requirement of large FMCG brands by providing them with a comprehensive data of consumer habits. PIN has more than 4 million profiled members, and in the first half of FY 2018 it had progressed at a pace for ~ 100,000 members per month. The company was admitted on Australian Stock exchange on 24th October 2018.

On 30 August 2019, PIN released its six-month report closed 30 June this year. Some of the highlights of the interim period is mentioned below:

Financial Performance of the company in H1 2019 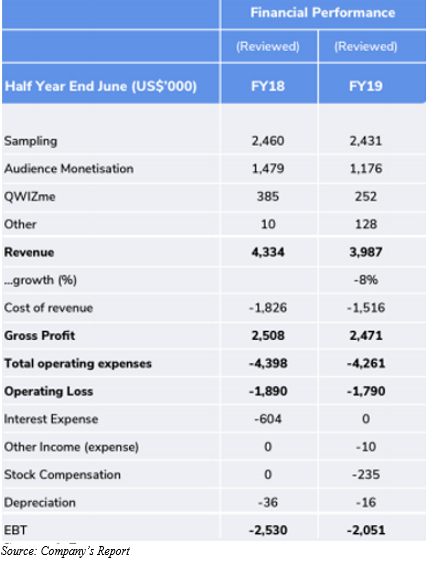 The QWIZme survey platform collaborated with London based survey business- Qmee. Also, QWIZme’s revenue went down during the integration stage. Further, a Q3 launch is anticipated and would boost QWIZme’s survey conclusion rate along with optimisation of its user experience. The company’s biggest two clients are continuing to grow their partnership with PIN, individually spending more than $1 million with PIN in YTD.

On 30th August 2019, the company notified that its 100 percent owned subsidiary BetMakers DNA had established a fresh commercial collaboration with a leading principal authority, RVL or Racing Victoria Limited for the development and commercialisation of a racing integrity platform to aid in overseeing RVL’s integrity requisites.

Few highlights of the update:

Further, BET and Racing Victoria have signed a licence agreement, which would enable it BET to disperse and commercialise integrity platform technology in a customisable solution to racing authorities both in Australian region and global arena.

Financial Performance for the year FY 2019

On 29 August this year, BET released full-year report closed 30 June this year, highlights of which are mentioned below.

Enevis is a leading provider of audio - visual and lighting solutions. Headquartered in Melbourne, it has offices across Australia and Asia Pacific region. The company has three division namely, SKS technologies, Urban Lighting Group & Enegrow that deliver solutions to the end users.

On 30 August this year, ENE declared annual results ended 30 June this year, financial highlights for the same are as follows: 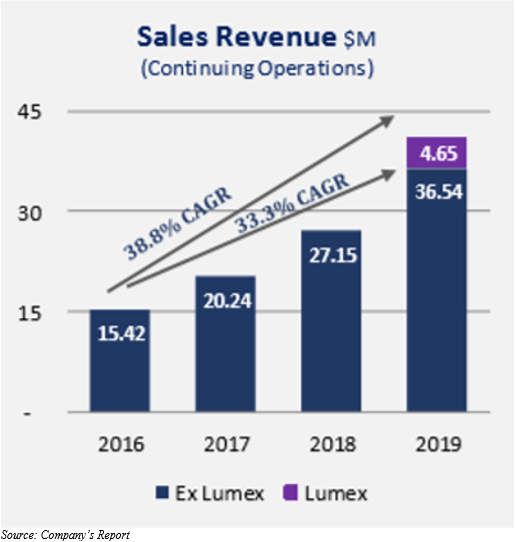 On 1st May 2019, the company has released Smart Led Grow light Presentation.

The company has recognised and would look for new opportunities that was delivered by the LumiGrow supply agreement inked in April 2019.

New York based GetSwift Limited leads the delivery management automation around the globe.

On 30th August 2019, the company announced the addition of master IT service licence agreement (MSA) with Heineken International B.V with current deployments in Malaysia & Egypt. The agreement value cannot be determined, when the update was releases because it is subject to utilisation take up and additional deployments.

On 28th August 2019, the company declared the Financial result for FY 2019, closing 30 June this year. The highlights are mentioned below: 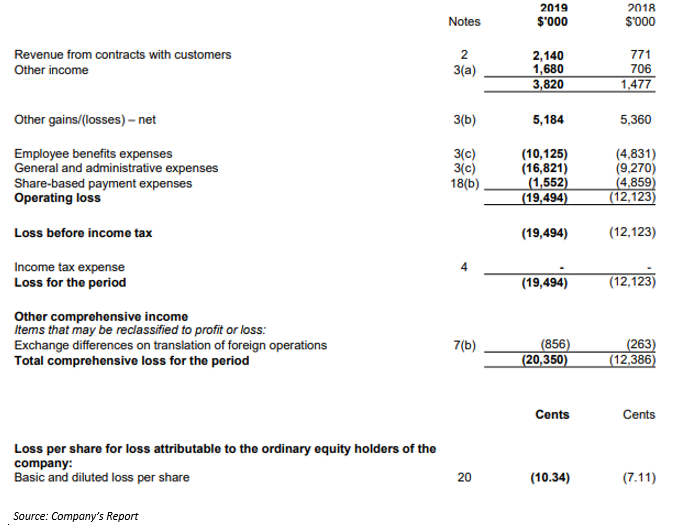