Iron ore prices tumbled and corrected from its multi-year high amid Chinese mills’ reluctance over procuring at high prices; however, the supply side is still lagging, which could further support the iron ore prices in the international market.

Despite the fall in the domestic inventory level, the daily average delivery marked a decline of 141,000 metric tonnes to stand at 2.55 million metric tonnes for the week ended 21st June 2019  amid less procuring by the Chinese mills.

The higher iron ore prices and building steel inventory in China are preventing the domestic mills to aggressively procure the raw-material, and exerting pressure on iron ore prices.

Apart from the that, the steel prices are also low in the international market, which is further prompting mills to lower the production; however, the steel forward pricing curve is showing a deviation from its previous downward sloping curve, which could further boost the steel prices and in turn, the iron ore prices.

The social inventory of hot-rolled coil (HRC) steel rose for the fourth consecutive week on the week ended 21st June 2019, which in turn, exerted pressure on steel prices in China’s domestic market. As per the data, the hot-rolled coil social warehouses stock stood at 2.23 million metric tonnes on 20th June 2019, up by 1.5 per cent as compared to the previous week.

Not just the social warehouse, the HRC steel marked an increase across the domestic mills' post two consecutive weekly declines as the mills across China curbed the restocking process amid lower price.

The In-plant HRC stocks stood at 905,800 metric tonnes (as on 20th June), up by 2 per cent as compared to the previous corresponding period; however, the In-Plant stocks noticed a 9.4 per cent decline on a yearly basis, which in turn, provided some respite signs to the steel prices.

The overall HRC inventories (including both social and mills) in China marked an increase of 1.7 per cent to stand at 3.14 million metric tonnes (as on 20th June) on a weekly basis and an increase of 3.1 per cent on a yearly basis. 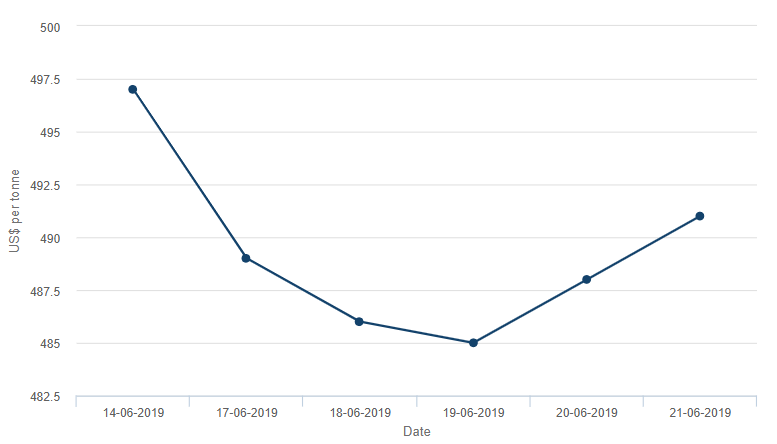 The closing future pricing curve of the HRC steel is sloping downwards; however, the prices are closing in stability till the 6th Month contract. 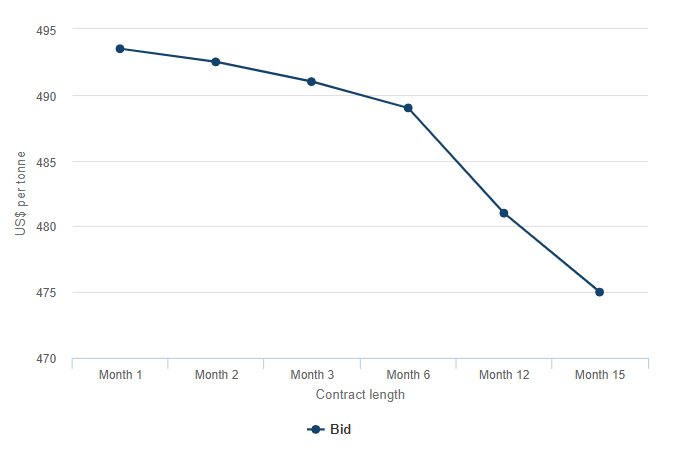 Steel Rebar Inventories inched up as demand from railroad construction increased in China The overall steel rebar inventory including both social and steel mills stood at 7.9 million metric tonnes as on 20th June 2019, up by 1.4 per cent from the previous corresponding period. The same inventory inched up by 2.6 per cent in the previous week and by 16.2 per cent from a year ago.

The increase in inventory hampered the steel rebar prices. 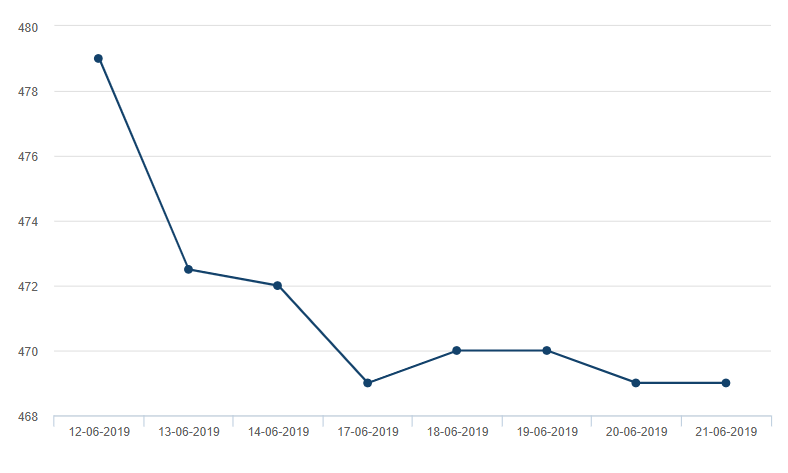 The closing future pricing curve of the rebar steel is sloping downwards; however, the prices are showing an upward deviation on the 6th month contract. 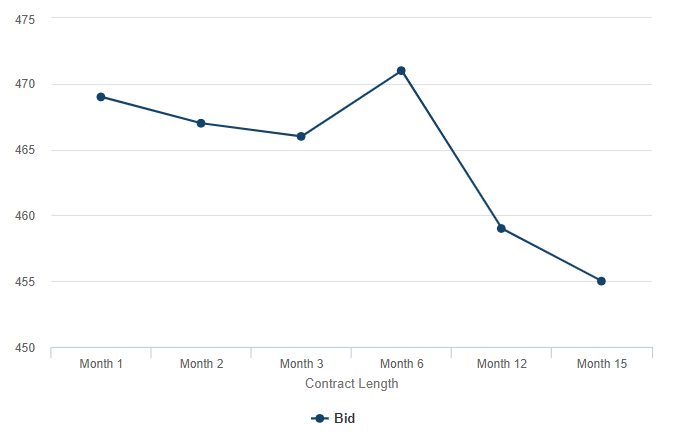 In a nutshell, the low steel prices coupled with high steel inventories in China made the Chinese mills reluctant to procure the steel making raw-material on high prices, which in turn, exerted the pressure on iron ore prices, and the prices of the commodity dropped from its multi-year high levels in the international market.

However, the supply chain of the steel-making raw material is still lagging, and the forward steel closing pricing curve on the London Metal Exchange is suggesting that the steel prices could again enjoy the high price scenario over the medium-term.

Steel and iron ore investors should keep a close eye on China’s steel demand as iron ore supply is still lagging, and the push on infrastructure by the Chinese government could support the prices again.

On the supply side, the investors should also monitor the development in the Brazilian giant- Vale’s operation, whose Brucutu Mine is now operational.