Iron ore prices rose amid market estimation that the shackled Vale will take 2-3 years to get back to the average production level of 400 million tonnes a year.

Vale has been in shackles over the Brumadinho Dam collapse in Brazil, which marked a suspension of Valeâs Brucutu Mine, the company faced further bans and suspension of activities after the initial ban of Brucutu mine. As a result of such suspension in activities, Vale recently declared a production loss of about 90 million tonnes per year.

During a summit in Barcelona, the Chief Financial Officer of Vale- Luciano Siani Pires mentioned that the shuttered production, which resulted in supply loss of 90 million supply would not be fully operational before the year 2021. However, Luciano Siani Pires mentioned that the production capacity of 30 million tonnes is expected to resume within a year from the Brucutu Mine if Brazilian authorities extend their support to the company.

The indication of a possible resumption in the lost supply exerted pressure on iron ore prices and the prices fell by 1.39%, as compared to its previous close of US$94.38 to trade at US$93.09 (as on 14th May 2019 GMT-4 6:53 AM). Another factor which exerted pressure on iron ore prices was the intensified environmental actions, which would see more suspension of activities of mills activities in 25 provinces of China from mid-May. 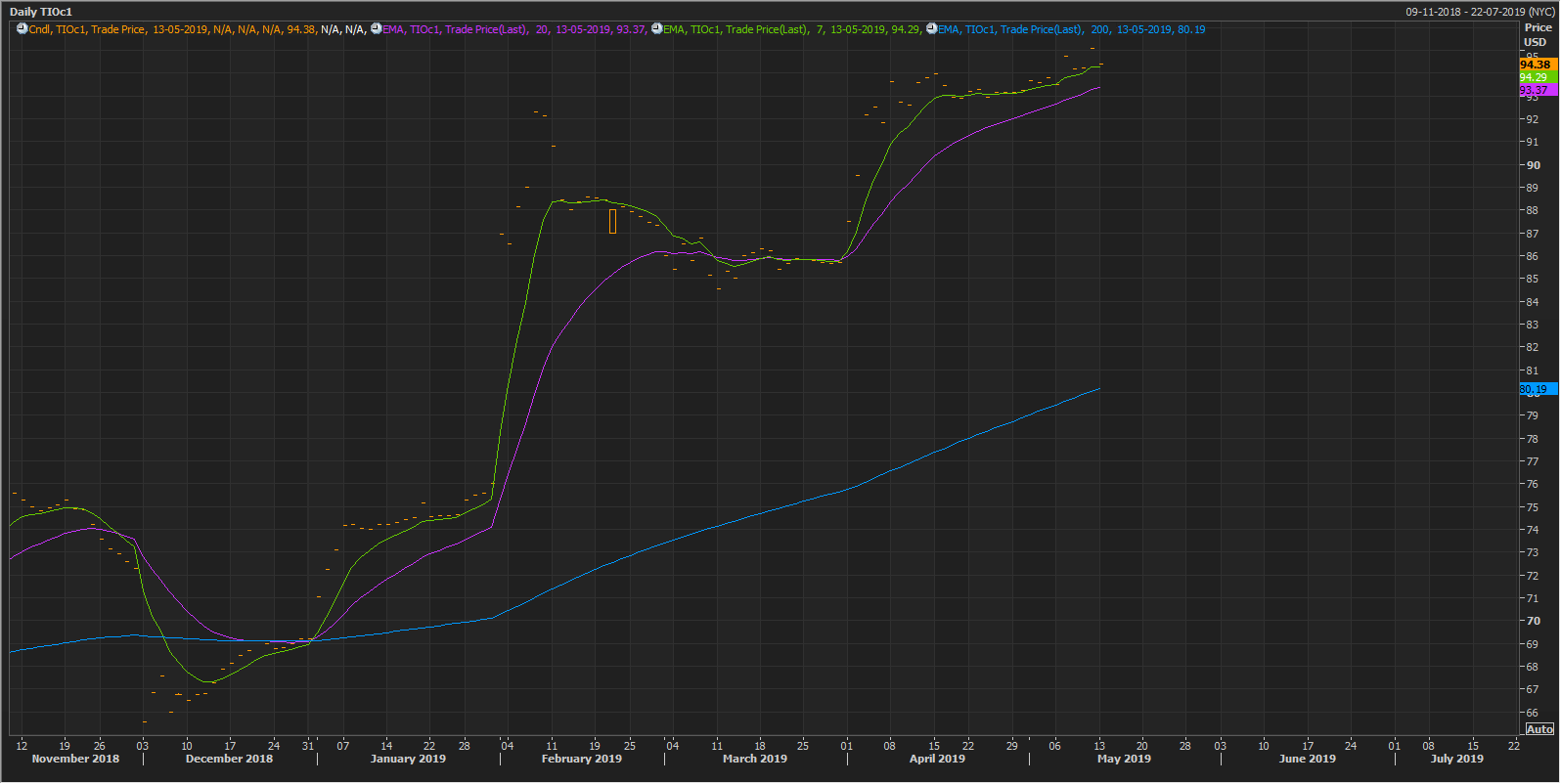 The factor which supported the iron ore prices previously was the fall in iron ore inventory in China. As per the data, the Iron Ore Inventory across 35 Chinese ports slid by 0.77% to stand at 124.50 million metric tonnes (as on 10th May 2019), which in turn again raised concerns over the supply shortage amid production loss for significant miners such as Vale, Rio Tinto, BHP Billiton.

The inventory across 35 significant Chinese ports marked a decrease of 900,000 metric tonnes of iron ore, as compared to a week ago and a reduction of 20.77 million metric tonnes from a year ago.

As per the market estimation, the port stocks are likely to stop their declines amid high arrivals and a possible output cut from the Chinese authorities, which could prompt the mills to reduce procuring. However, the high prices of rebar and hot-rolled coil (HRC) is expected to prompt mills in the east and along the Yangtze River to raise output of both the steels, and the market participants are likely to monitor the development over the counter.