Dividend is one of the important aspects that is observed by investors before taking their investment decisions. However, out of so many stocks categorized under numerous sectors, it is sometimes difficult for investors to select the appropriate sector and thereby the right stock. The real estate sector is usually counted amongst the sectors that have grown rapidly over the years in Australia. With the growing scope of the sector, many real estate companies have entered into the Australian stock exchange or ASX in the last few years.

The substantial return of approximately 20 per cent delivered by the S&P/ASX 200 Real Estate Index so far in 2019 (calculated till 12th September 2019) highlights the growing importance of the real estate sector in Australia. 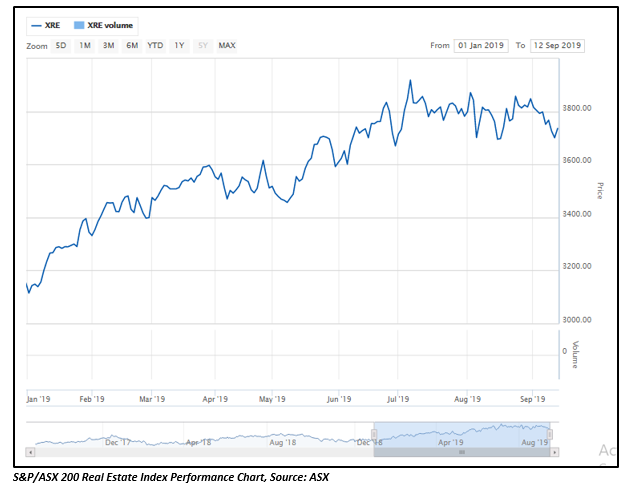 Considering this, let us take a look at five ASX-listed real estate companies that have recently announced their dividends and FY19 financial results below:

RFF declared its dividend amounting to 2.7 cents per unit for its fully paid units stapled securities on 2nd September 2019. The company informed that the declared fully unfranked dividend has to be paid on 31st October 2019. The company has a Dividend reinvestment plan (DRP) for the announced dividend that will be applicable at a DRP discount rate of 1.5 per cent. As per the ASX, the total FY19 dividend is the maximum dividend declared by the company over the last five years. The annual dividend yield of RFF stands at 5.16 per cent. The company expects its FY20 distribution to be at 10.85 cents, which represents an increase of 4 per cent on FY19 distribution. 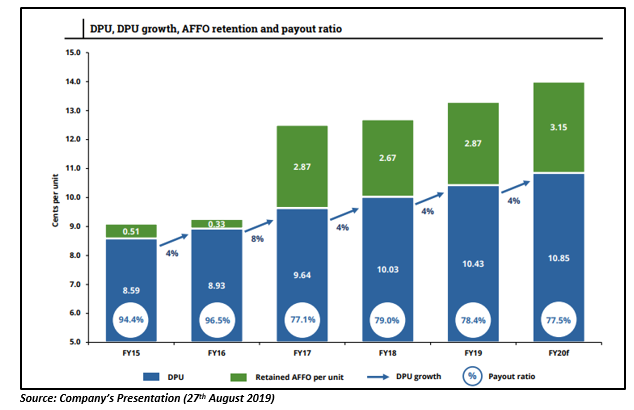 For FY19, the company recorded AFFO per unit growth of 4.7 per cent, that was in line with its forecast. The property revenue of the company increased by 30 per cent in FY19 due to JBS transactions, acquisitions, development capital expenditure, and lease indexation.

On 26th August 2019., the company declared an unfranked final dividend amounting to 3.5 cents per unit for the period of six months. The dividend carried a record date and ex-dividend date of 17th and 16th September 2019, respectively. The announced dividend will be paid on 8th October 2019. As per the ASX, the total dividend of FY19 is the lowest one among all the dividends reported in the last five financial years. Also, the annual dividend yield of BWR stands at 6.49 per cent. 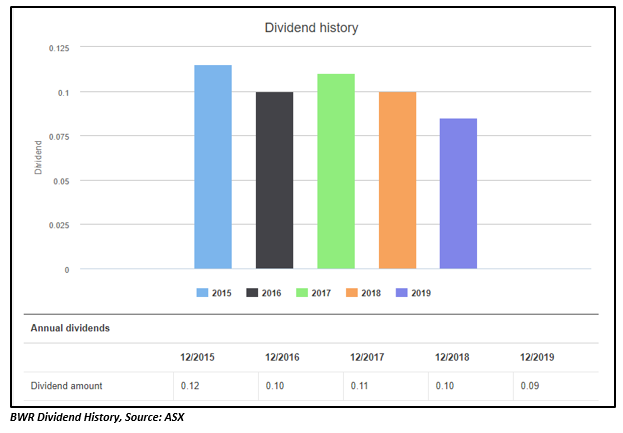 During FY19, the revenue of the company dropped from AUD 39.5 million in the prior corresponding period to AUD 36.33 million. The profit and other comprehensive income of the firm also declined from AUD 23.04 million to AUD 12.97 million in FY19.

Australian-headquartered property owner and fund manager, GDI Property Group (ASX: GDI) has a record of providing strong returns to investors for more than 25 years. It is an internally managed and fully integrated property and funds management group that holds capabilities in refurbishment, ownership, leasing, management and syndication of properties.

The company recently announced a dividend of 3.875 cents per unit for its ordinary full paid/units stapled securities. The declared dividend was 100 per cent unfranked and was to be paid on 30th August 2019. The company notified that it did not offer any securities plan on this security. The dividend was related to a six-month period ending 30th June 2019. As per the ASX, the company’s total FY19 dividend is almost similar to the previously announced dividend of last four years. The annual dividend yield of GDI currently stands at 5.05 per cent. The company has provided FY20 distribution guidance of 7.75 cents per security. 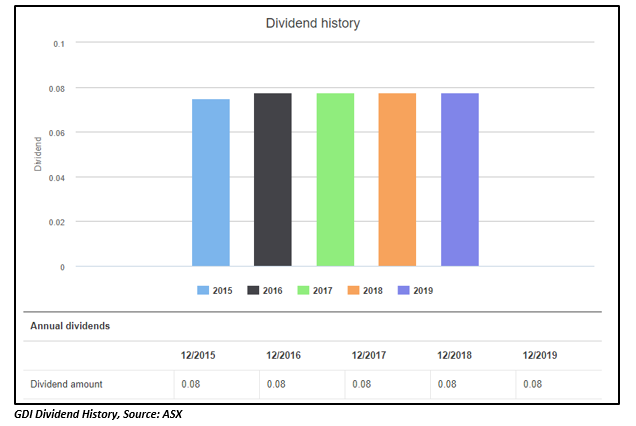 Founded in 1895, Peet Limited (ASX: PPC) is one the largest property group listed on the ASX. The company holds an extensive experience in commercial, residential and medium-density developments, as well as funds management and land syndication.

Along with announcing its FY19 results, the company declared its ordinary fully paid dividend amounting to 3 cents per unit on 29th August 2019. The dividend was related to a period of six months ended 30th June 2019 and was to be paid on 7th October, 2019. The company mentioned that the dividend is fully franked with 30 per cent franking credit to be applied on it. As per the ASX, the company’s total FY19 dividend is equivalent to the total dividend of FY18. The annual dividend yield of PPC was recorded at 4.24 per cent. 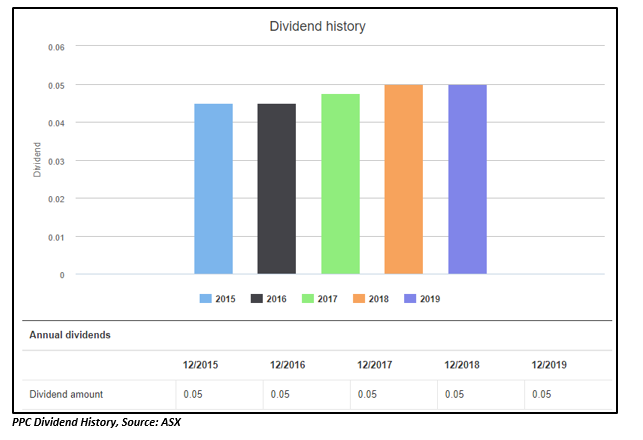 During the financial year ended 30th June 2019, the company reported a decline of 13 per cent in its revenue to $262.9 million. The EBITDA margin and the Operating profit after tax of the company also observed a fall of 1 per cent and 3 per cent, respectively, to 33 per cent and $47.5 million in FY19.

The company announced a fully franked dividend amounting to 3 cents per unit on 14th August 2019. The announced dividend was for its ordinary fully paid securities and carried a payment date of 8th October 2019.  With the announced dividend, the company’s total FY19 dividend reached to 5.5 cents per share, which was 1 cent per share higher than the FY18 dividend. The company expects its FY20 dividend to surpass FY19 figure, supported by an increase in DMF and rental annuities.

As per the ASX, the company’s FY19 dividend is the maximum dividend paid in the last five years. The annual dividend yield of LIC stands at 0.73 per cent. 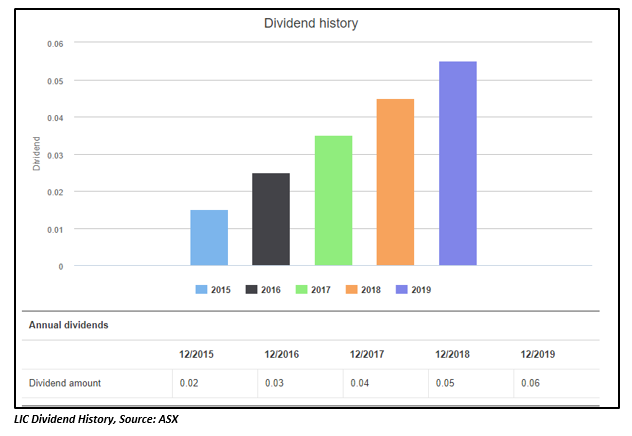