Delta Air Lines Inc (NYSE:DAL) on Wednesday reported a 34% decline in operating revenue in the third quarter while warning of a pre-tax loss in the fourth quarter due to rising fuel prices.

In the quarter ended September, its adjusted operating revenue dropped 34% to US$8.28 billion YoY as the Delta variant wreaked havoc for air travel in August and early September.

Nearly 20% of its adjusted operating expenses were on account of fuel costs in the period. The airline expects the adjusted fuel price per gallon to be around US$2.25 to US$2.40 in Q4.

However, Delta expects strong bookings in the fourth quarter with the holiday season around the corner. It is likely to benefit from a possible increased passenger traffic volume after the government reopens travel from 33 countries, mainly from Europe and China, in November.

The US will allow entry for fully vaccinated foreign travelers to the country.

Delta Air Lines Inc CEO Ed Bastian said the company recovered two-thirds of its revenues from the 2019 levels. As such, the September quarter marks an important milestone in recovery.

Ed Bastian expressed confidence in Delta's business growth. He said that its best-in-class services would continue to attract customers as it progresses on the path of sustained profitability.

Analysts said the trans-Atlantic air corridor would be critical to its business growth in 2022, although the rapid increase in fuel prices has been a significant cause of worry. 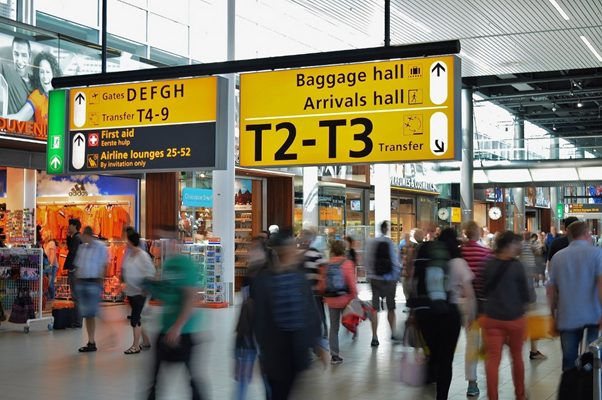 Excluding refinery sales, Delta’s adjusted operating revenue was US$8.3 billion, suggesting a 66% recovery from the figures in the September quarter of 2019.

The operating cash flow was US$151 million. Also, the company earned US$194 million, or 30 cents per share, excluding items, and invested US$619 million back in the business.

At the end of the September quarter, Delta’s liquidity reserves, short-term investments, and undrawn revolving credit facilities stood at US$15.8 billion. Its total passenger revenue in the September quarter improved by 63% compared to the figures in the same quarter of 2019.

Delta president Glen Hauenstein lauded the company’s “customer-centric and revenue diversification strategies,” stressing that the company’s ability to deliver sustained revenue under the weight of the pandemic demonstrates a significant success.

Hauenstein also said the company expects a faster recovery in the December quarter with robust holiday demand from corporate and international fliers.

Battered by the Covid-19 pandemic, the airline industry is slowly making a comeback, with increased demand from domestic and corporate travellers. With the holiday season around the corner, the industry hopes to benefit from the increased passenger volume. However, investors should evaluate the companies carefully before investing in stocks.