Under the deal, Oxford Finance, LLC will extend a loan of US$5 million to Sierra to help support its potential commercial launch of momelotinib, a drug used for treating patients suffering from a rare type of blood cancer called myelofibrosis.

As of December 31, 2021, Sierra had cash and cash equivalents of US$104.7 million. Sierra’s President and CEO Stephen Dilly said the "strong cash position" along with the term loan facility would provide significant financial stability to the company. Dilly added that it would also help the company in "NDA filing and potential approval of momelotinib".

Sierra will also have access to an additional US$120 million in tranches, of which US$70 million will be based on predetermined milestones like regulatory approval and financing. 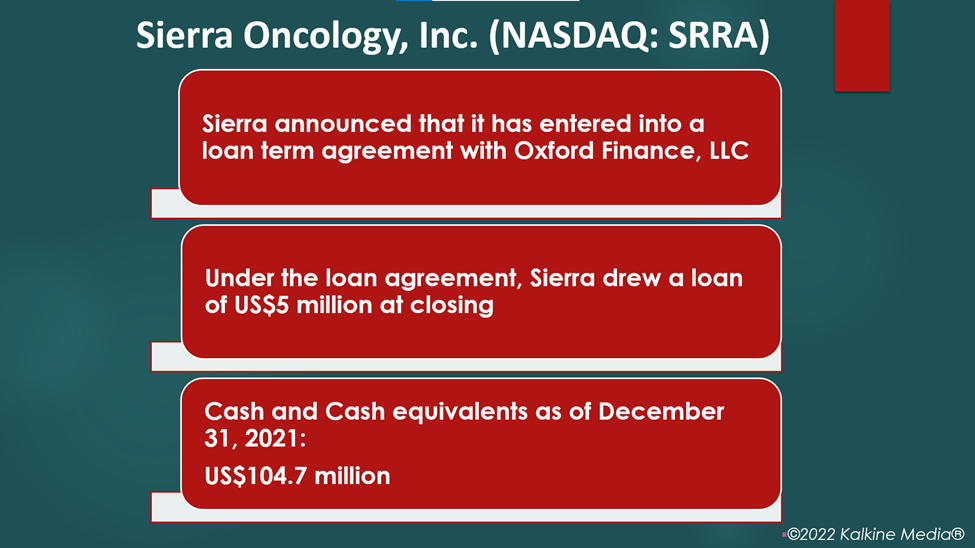 Sierra announced positive topline data from its pivotal Phase 3 Momentum study, which evaluated the efficacy of momelotinib in patients with myelofibrosis. The company said that study met all the primary and secondary endpoints.