Both the companies had reported huge losses in the year-ago period as demand for oil and gas hit the bottom with major economies in lockdown following the coronavirus outbreak. Oil prices had plummeted to historic lows last year.

However, the oil price and demand improved this year with the gradual recovery of economies. Chevron noted that in the U.S. it sold crude oil and natural gas liquids at an average price of US$54 per barrel during the June quarter, compared with US$19 per share in the year-ago period.

Exxon Mobil earned US$4.69 billion, or US$1.10 per share, in net income in the June quarter, compared with a loss of US$1.08 billion, or 26 cents per share in the year-ago quarter.

Total revenue and other income more than doubled to US$67.74 billion from US$32.61 billion in the second quarter of the previous year.

Oil-equivalent production in the second quarter declined 2 percent to 3.6 million barrels per day during the quarter. Exxon Mobil earned US$3.19 billion from its upstream operations, up from a loss of US$1.65 billion in the year-ago quarter.

Income from the chemical business jumped to US$2.3 billion from US$467 million, while downstream operations recorded a loss of US$227 million, compared to US$976 million income in the same quarter the previous year.

Capital and exploration expenditures declined to US$3.80 billion from US$5.33 billion in the second quarter of 2020.

Exxon Mobil now expects its full-year spending at the lower end of its previous estimate range of US$16 billion to US$19 billion.

Meanwhile, Exxon Mobil’s board declared a dividend of 87 cents per share. 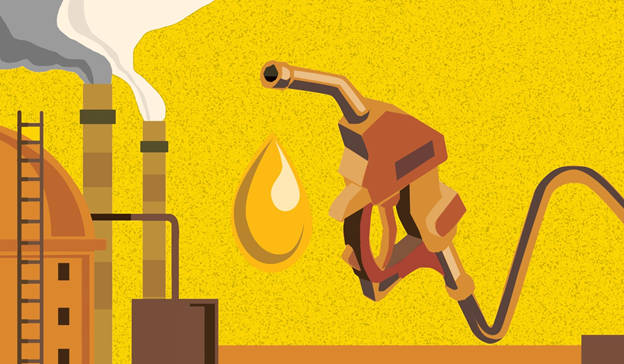 Total revenue soared to US$37.60 billion during the three months period from US$13.50 billion in the second quarter of 2020. Oil-equivalent production grew 5 percent to 3.13 million barrels per day in the quarter.

Capital and exploratory expenditures came in at US$5.3 billion during the six months of 2021, down from US$7.7 billion in the year-ago period.

In addition, Chevron said the company will resume its share repurchase program in the third quarter with an annual target US$2 billion to US$3 billion worth of share buybacks.

Exxon Mobil currently has a market capitalization of US$243.98 billion. Its stock returned 40 percent year to date while it traded in the range of US$ 31.11 to US$64.93 in the last one year.