Shares of Victoria’s Secret & Co. (NYSE: VSCO) were up over 11% on Wednesday after the lingerie retailer announced a share buyback plan and robust sales during the holiday season.

The Reynoldsburg, Ohio-based company said that it entered into an accelerated share repurchase agreement (ASR) with Goldman Sachs & Co. LLC to buy back US$250 million worth of common stocks while reiterating its sales and earnings guidance for the fourth quarter.

Under the agreement, the company will initially pay US$250 million to Goldman Sachs, and it will receive an initial delivery of around 4.1 million shares on Dec 31, 2021.

However, the final number of buyback shares will depend on the volume-weighted average price of the company’s common stocks during the term of the agreement, excluding discount and subject to adjustments under the term of the deal.

The final settlement of the agreement is expected to be closed in Q1, FY22. 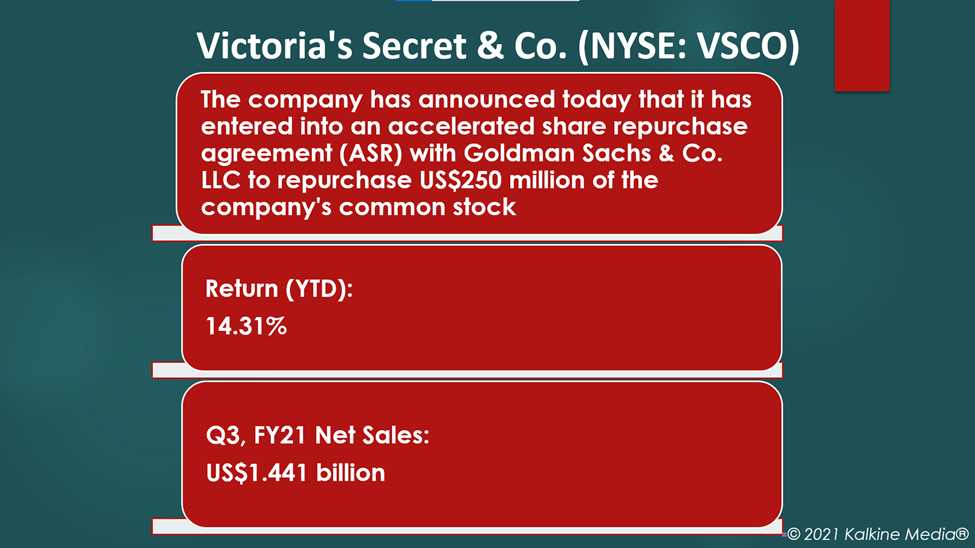 Also Read: What is Paribus Crypto? How to buy it?

For the fourth quarter of fiscal 2021, the company expects its sales to grow in the range of flat to up 3% from US$2.100 billion in the same quarter of the previous year. It also projected its diluted earnings per share to be between US$2.35 and US$2.65.