Lucid went public in July after a SPAC merger. It had begun EV production in Arizona in September.

On the other hand, privately-owned Rivian is backed by companies like Ford Motor Co. and Amazon.com Inc. It is planning to build its second assembly plant in Normal, US.

Lucid Inc aims to capture the high-end electric car market with its Lucid Air sedans, which start at US$77,400. But sedans delivered over the weekend cost around US$169,000.

Its competitors include Mercedes-Benz and BMW models.

Lucid Group plans to produce about 575 cars by the end of 2021. And by next year, it aims to increase that number to 20,000 vehicles. The lucid stock jumped more than 50% last week after the news of Tesla’s deal to sell its cars to Hertz Global Inc.

The Newark-headquartered company is currently valued at around US$60 billion. In the first half of 2021, the company spent US$3.6 billion. Hopefully, its latest deliveries of Air sedans will help improve its financials in the coming quarters, say analysts. Lucid Air is the first EPA-certified car sold in the US market, with a travel range of up to 520 miles on a single battery charge. 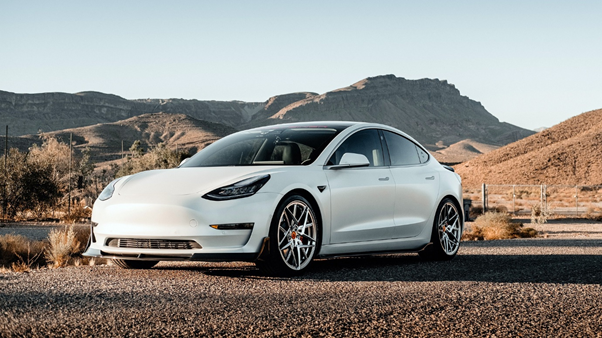 Since 2019, Rivian has raised around US$10.5 billion in private markets. The company plans to offer an initial public offering sometime soon but hasn’t revealed the details.

After a fund-raising in July, the company was worth US$27.6 billion, WSJ quoted a person familiar with the matter. Amazon on Friday said it owned about a 20% stake or US$3.8 billion in Rivian. The company spent US$2 billion over the past 16 months through June 2021, according to WSJ.

Rivian aims to capture a share of the highly competitive pickup truck market in the US. Its battery-powered R1T pickup truck starts at US$67,500.

Rivian also aims to build a midsize SUV dubbed R1S over the next few months, which will compete with Jeep models and Ford Bronco.

Lastly, electric vehicles have been gaining popularity over the past couple of years. According to analysts, US EV sales increased by 57% in September compared to the same period a year ago. Last week, global EV leader Tesla Inc surpassed the US$1 trillion mark in market capitalization, highlighting the tremendous growth potential of the industry. Besides, the Biden administration’s fresh push to expand the EV tax credit is expected to stir up demand for electric vehicles further.