Which are the top stocks owned by Warren Buffett?

Berkshire Hathaway holds 887.14 million shares of the largest technology company and owns a 5.32 percent stake in the company.

Apple posted record net sales and earnings of US$274.52 billion and US$57.41 billion respectively during fiscal 2020 ended Sept. 26, 2020. Meanwhile, the company’s net sales totaled US$201.02 billion during the six months ended March 27 as its revenue jumped 54 percent in the fiscal second quarter.

Bank of America offers investment banking and other financial services. The company serves around 66 million consumers and businesses. It has 4,300 retail financial centers and operates in approximately 35 countries.

In the quarter ended March, the company reported revenue of US$22.8 billion. Net income came in at US$8.1 billion.

Berkshire Hathaway has American Express’s 151.6 million shares, giving it ownership of 18.87 percent. This global financial services company had issued 68.9 million cards by the end of 2020. It has also secured approval to operate in China.

Coca-Cola sells beverages such as sparkling soft drinks and coffee and tea in over 200 countries. Some of its popular brands include Coca-Cola, Sprite, Fanta, and Costa.

Coca-Cola had US$9.02 billion in net operating revenues during the first quarter while net income was US$2.24 billion. In 2020, the beverage giant reported net revenues of US$33 billion. 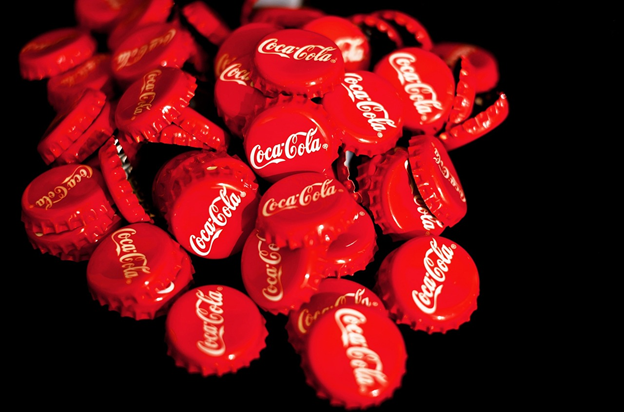 This Illinois-based food company owns popular brands including Capri Sun, Oscar Mayer, and Maxwell House. It generated US$26 billion in net sales during 2020.

In the March quarter, Kraft Heinz’s net sales were US$6.39 billion and had a net income of US$568 million.

The company has set a cost-cutting target of US$2 billion through 2024.

The telecommunications conglomerate market cap totals US$237.18 billion. The stock lost over 2 percent this year. The shares have a 52-week trading range of US$52.85 to US$61.95.

In the first quarter, Verizon reported US$7.8 billion in revenue and US$5.4 billion in net income. The company recently announced a US$5 billion deal to sell its media business: Yahoo and AOL.

US Bancorp owns one of the top commercial banks: the US Bank National Association. It has 70,000 employees and US$553 billion in assets at the end of March quarter.

In the first quarter ended March, U.S. Bancorp posted a net income of US$2.28 billion with US$5.47 billion in net revenue.