Kalkine Media explores US stocks to watch amid recession fears

The investors might be looking to reshuffle their portfolios amid recession fears due to macroeconomic factors like inflation. The robust inflation data of August raised concerns over another hefty rate hike by the central bank.

The rate hike fears further spurred concerns over a potential recession among the traders. Although there is no guarantee that a stock or sector may perform better during economic turmoil, some sectors have historical records of maintaining a steady momentum even during a recession.

The sectors include consumer staples, utilities, etc., that generally could avoid the economic downturn, mainly as the demands tend to remain strong despite a slowdown in the economy.

The inflation data for August was not as it was anticipated. The pace of the advancement remained strong last month, while the market participants were expecting a drop so that the Fed may scale back with its aggressive monetary plans.

AbbVie is one of the major biopharmaceutical firms with a dividend yield of 3.97 per cent. Additionally, the stock of the US$ 246.22 billion market cap firm also showed gains in recent months. The ABBV stock soared nearly three per cent YTD while gaining about 31 per cent YoY.

The revenue of the biopharmaceutical firm jumped 4.5 per cent YoY to US$ 14.58 billion in the second quarter of fiscal 2022. The North Chicago, Illinois-based company's net earnings also improved to US$ 924 million in the latest quarter, from US$ 766 million in Q2 FY21.

Pinnacle is another electric utility holding firm with a dividend yield of 4.37 per cent. The US$ 8.54 billion market cap utility firm had a P/E ratio of 15.62.

The PNW stock was up over six per cent YTD through September 14, while its price jumped more than one per cent YoY. In the current quarter, it added nearly three per cent.

During its latest quarter financial release, the company said its earnings were consistent with its expectations, and its full fiscal 2022 earnings guidance was also maintained. 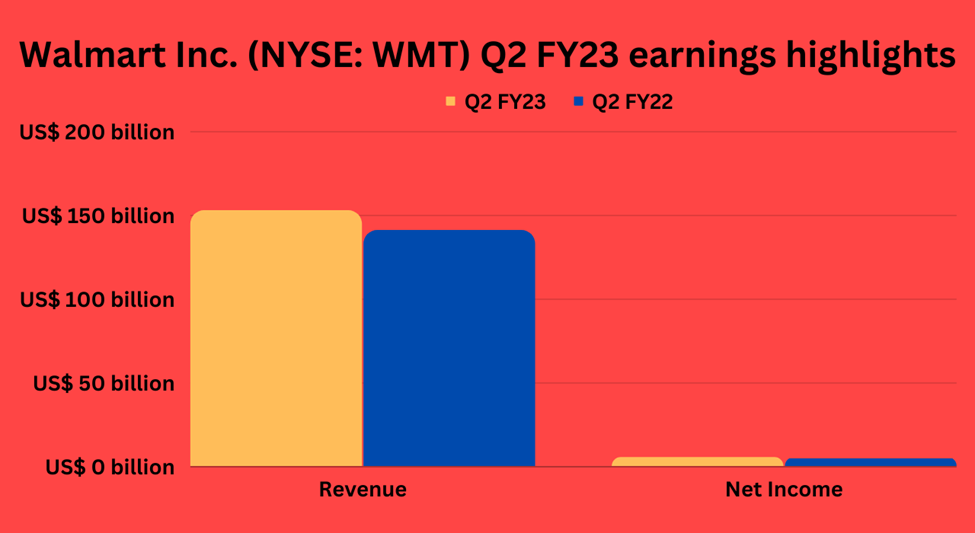 Walmart is one of the leading retail companies operating discount stores. Although the stock of the US$ 366.93 billion market cap company witnessed a bumpy road in recent months, the investors still might keep a close track of the company, given it performed decently during the financial crisis of 2007-09.

Also, consumers generally focus on discount store operators for shopping during an economic downturn to save money.

The WMT stock lost more than six per cent both on a YTD basis and on an annual basis. However, in the third quarter, it gained over 11 per cent. Walmart's dividend yield was 1.62 per cent.

Kellogg is a major food manufacturing firm with a dividend yield of 3.25 per cent. The US$ 24.09 billion market cap company holds a P/E ratio of 16.38.

The stocks of the food producer gained nearly ten per cent YTD while adding over 11 per cent in the last 12 months. Its price, however, remained flat in the current quarter.

The market has remained volatile due to factors like Russia's invasion of Ukraine and inflationary pressures. Investors must stay alert and research thoroughly before selecting stocks for their portfolios.