US stocks drifted on Tuesday, August 2, after US House Speaker Nancy Pelosi arrived in Taiwan raising geopolitical turmoil between US and China. The visit despite a warning from Beijing has raised concerns in the global market.

Charles Evans, Chicago Federal Reserve President, said that the central bank may slow down its pace of rate hikes while indicating that another hike of a three-quarter percentage might be on the table for September.

Meanwhile, the US job openings decreased by 5.4 per cent in June, the Labor Department reported on Tuesday. The decline indicated that the labor market might be easing due to reducing demands.

On Tuesday, nine of the 11 critical segments of the S&P 500 index stayed in the negative territory. The energy and utility sectors stayed in the green. Information technology and industrial segments were the laggards.

Shares of Uber Technologies, Inc. (UBER) added 19.13 per cent after the ride-hailing firm posted strong quarterly revenue in the latest quarter. Its revenue soared over 100 per cent in the quarter.

Pinterest Inc. (PINS) rose 11.53 per cent in intraday trading after Elliott Management confirmed that it was the biggest investor in the social media and image-sharing firm. In addition, Pinterest's CEO said that he would be focusing more on profits.

The construction machinery and equipment firm, Caterpillar Inc. (CAT) dropped by 5.57 per cent after it reported its quarterly earnings results that missed Wall Street estimates. 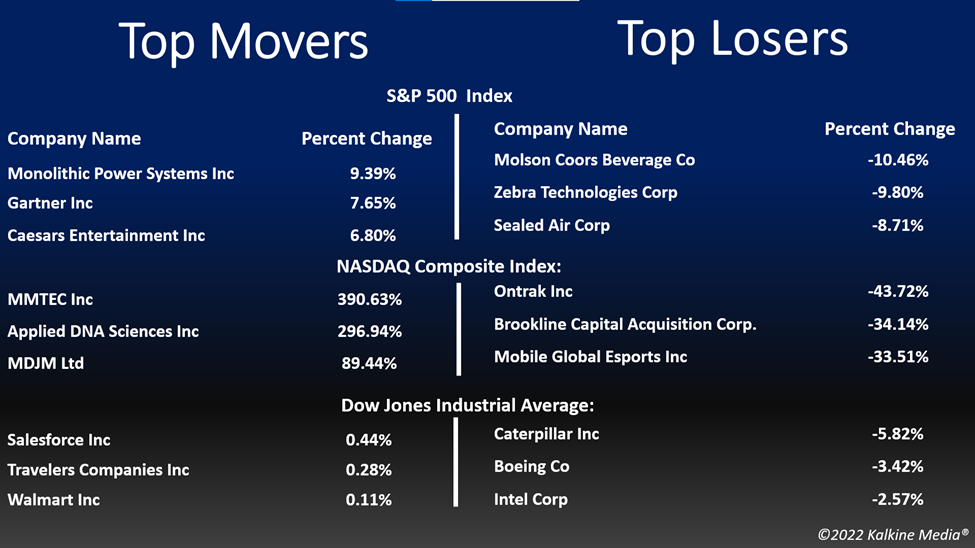 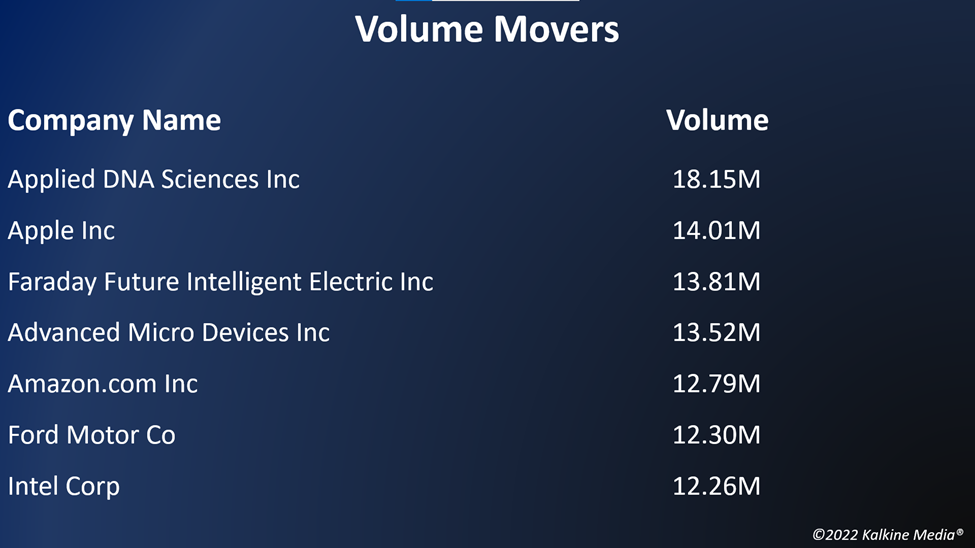