The decades-old banking & financial services company has decided to exit the realm of retail banking across 13 international consumer banking markets while increasing its focus on wealth management services. One of the Citigroup top officials, Jane Fraser believed that the company does not have the scale to compete in the Asia Pacific, Europe, and the Middle East regions in the retail banking sector and therefore, the company has decided to quit these markets. Notably, Citi's revenue from the consumer banking business in Asia was down by 15 per cent to $1.55 billion during the Q4 2020.

In Australia, the bank has already commenced the sale of its retail banking business. However, Citigroup would continue to offer private banking services to the high-net-worth individuals (HNIs). Notably, individuals having net worth of more than A$2.5 million shall be entertained by the bank. The New York-based bank has converted most of its physical branches into wealth centers and would only operate as a digital bank in the country.

Also, the bank is making specialised recruitment. The bank has been onboarding experienced bankers with foreign language proficiency to attract investment from the Asia Pacific, Europe, and the Middle East region. 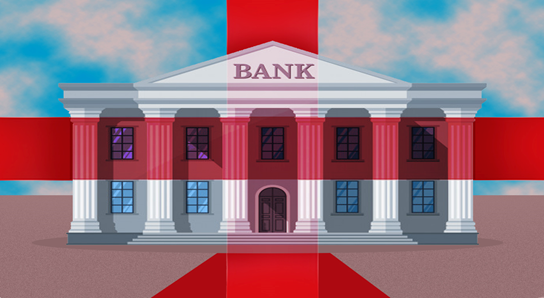 The bank has been receiving interest from several other banks for its retail banking arm as it could be an exciting opportunity for them to further increase their market share in the territory. HSBC Banking Group (LON: HSBA) is set to seek out HNW customers in China and has plans to carry out mass recruitment drive in near future. US firms, Goldman Sachs and JP Morgan, are expected to follow the suit and have been chalking out rapid expansion plans in China.

However, the multinational bank shall continue to do its consumer banking business across financial hubs including Singapore, Hong Kong, London, and the UAE. Also, Citigroup shall put all its synergies to make its wealth management services better to derive growth from the business.

Why did Citigroup exit from the existing markets?

When it comes to the payment and settlement systems, cryptocurrencies such as Bitcoin pose a real threat to the existence of banking system. In the recent times, Bitcoin has been gaining acceptance as a payment method from renowned payment gateway providers such as PayPal. The conventional banks such as Citigroup are losing business in terms of their foreign currency conversion charges and commissions.

In some countries, the banks are losing credit business as P2P (peer-to-peer) platforms are providing easy credit with just a few taps on the mobile application. Similarly, big tech titans such as Amazon (NASDAQ: AMZN) are providing digital wallet facilities such as Amazon Pay in the Asia Pacific region and other countries as well. Banks are losing the market share as they lack the advanced technology, which is a big advantage for the emerging Fintech companies enjoy.

The pandemic has led to a lot of branch closures during the lockdowns. Due to the threat of the coronavirus, people are mostly restricted at home and prefer online services. This has led to limited client interaction with the clients and banks are losing on this front. Retail banking business still has a lot of ground to cover in the digital space.

Notably, David Solomon, CEO of Goldman Sachs, called remote working an aberration. However, UK’s leading banks, such as HSBC and Lloyds (LON: LLOY), are expected to encourage remote working and cut down on office spaces.