Associated British Foods Plc (LON: ABF) and Crest Nicholson Holdings Plc (LON: CRST) are LSE listed stocks in the consumer industry and the construction industry, respectively. Shares of ABF and shares of CRST were down by 0.97% and 3.91%, respectively, from their last closing price (as on 5 November 2020, before the market close at 1:20 PM GMT).

On 2 November 2020, the Company provided an update regarding restrictions of movement of people due to Covid -19 pandemic to contain the spread of the virus. All Primark stores have been temporarily closed in several countries like the Republic of Ireland, France, Belgium, Wales, Catalonia in Spain, and Slovenia representing, 19% of the total retail space. The UK Government has made an announcement earlier that all non-essential shops are going to remain closed from 5 November 2020 to 2 December 2020. Almost 57% of the total retail space will temporarily close down, and the Company has estimated the complete loss of £375 million during the announced period of closure. Trading hours in other markets are also going to get affected. 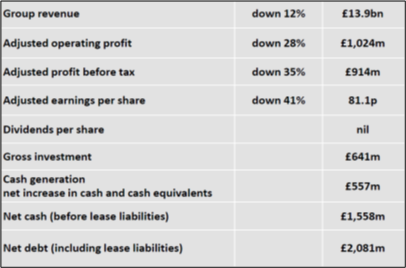 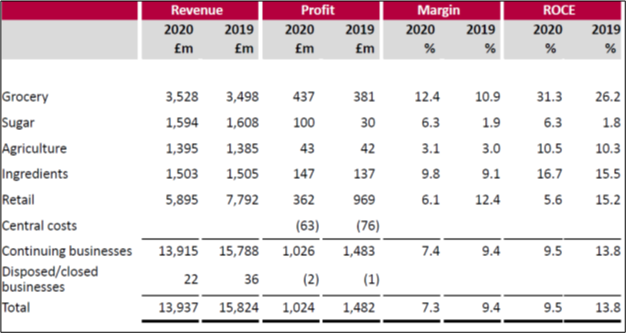 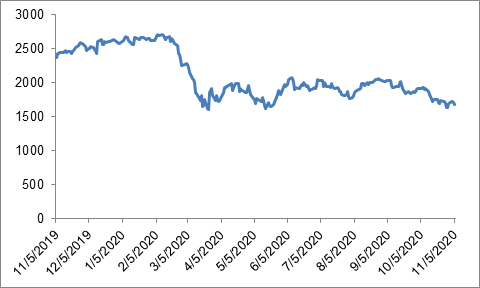 The Company has recently updated regarding the significant adverse impact it had on its business prospects due to Covid-19 pandemic. The Company expects Primark full-year sales and profit to remain higher next year. However, sales will decline in the first half of FY21, but it will get offset by the improved sales in the second half of the year. The Company will continue to expand its retail selling space. Sugar division is expected to yield higher profits next year driven by the performance of Illovo.

Will Crest Nicholson Holdings Plc recover in the second half of the year?

On 3 November 2020, the Company provided an update for the performance during FY20 ended on 31 October 2020. The Company expects the adjusted profit before tax (PBT) to be at the upper end of the range £35 million and £45 million, and ahead of consensus of £37.9 million. A positive trading environment drove the performance since the spring lockdown.

Several factors like stamp duty holiday and pent up demand have enhanced the confidence levels in the housing market. The SPOW (sales per outlet week) rate during the three months from July to September has improved to 0.54 from 0.37 during H1 FY20. Forward sales at the end of FY20 stood at 2,289 units worth £480.50 million slightly ahead from the levels of 2,013 units worth £378 million at the end of FY19.

The Company has strengthened its balance sheet having net cash of over £135 million as on 31 October 2020, while it was £37.20 million at 31 October 2019. The Company will reinstate the dividend with its next interim results and, it would resume its dividend on 2.5 times cover basis. Coronavirus credit facility from the UK government for £300 million is still undrawn. 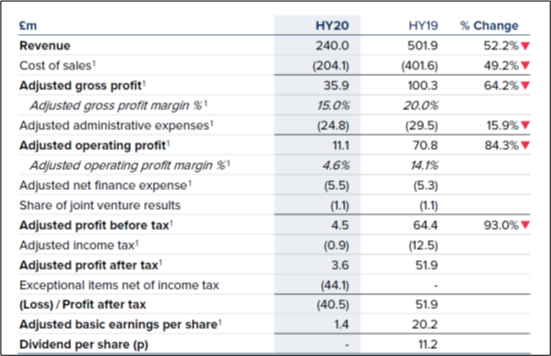 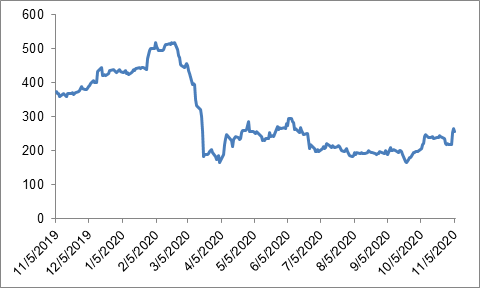 The Company has shown confidence in its prospects and expects full-year profits to remain ahead of its forecast range. The Company will focus on improving its balance sheet in case trading gets disrupted due to Covid-19 pandemic by maintaining operational efficiencies. However, the Company is well prepared for the fresh challenges caused due to the announcement of another lockdown.