The shares listed on the submarket AIM, also known as the junior market, have high-risk appetite as well as high growth prospects. There are many AIM-listed stocks that are not only fundamentally sound but have been giving a tremendous amount of return to their investors.

Listing of shares for smaller companies on this index is easier than listing them on the main market, as AIM has more relaxed listing regulations. It has simpler norms and also does not have too much regulatory oversight. To invest correctly in these shares, thorough research of the companies is the best safeguard. Having higher associated risks, these stocks generally give more returns. 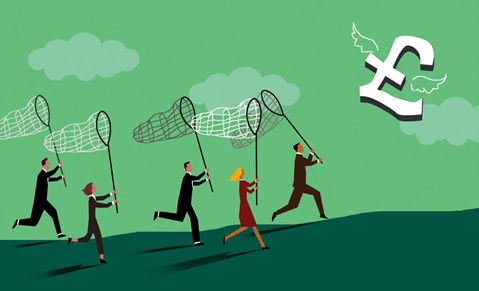 Here is a list of 10 AIM listed shares among many that show good future growth potential:

Priced at GBX 0.08 with a year-to-date return of 22.39 per cent, the shares have a market capitalisation of £9.36 million. The oil and gas exploration firm recently announced that it was aligning its interests in Chuditch PSC through a share exchange programme.

The company would buy the 15 per cent remaining stake of SundaGas Timor-Leste against the issuance of new ordinary shares for Baron up to 1.16 billion.

It announced that it would raise £1,000,000 at an issue price of 0.16 pence each new ordinary share for the Definitive Feasibility Study that is being conducted in Zimbabwe at the firm's Zulu Lithium project.

The company announced recently that results of an initial sampling from a waste rock dump had shown elevated levels of gold grades till 9.89 g/t. The dump is close to the company’s pilot processing plant, which would make mining at low cost a possibility and would add an option for near-term gold mining at the Clogau mine.

The company recently, in partnership with the Centre for Process Innovation has come up with the first real-time monitoring solution called the Process Analytical Technology MS. This would be used to produce biotherapeutic drugs, like anti-cancer treatments and vaccines, online.

It is holding negotiations with Bolivia’s State Lithium Company and the Vice-Ministry of Electrical High Technologies on the possible legal exploration and development of salt lakes. Work in this was underway, and necessary samples were analysed.

The shares of the company are priced at GBX 0.46 with a market capitalisation of £38.50 million. The company, which invests in upstream gas and oil projects, recently successfully completed the Victory Environment Baseline Survey (EBS). The company has a 49.99 per cent interest in Corallian Energy Limited, which is the operator of the Victory project.

Reabold funded Corallian for the EBS through a convertible loan instrument. The EBS is on schedule for submission to the required UK authorities, along with the Victory draft FDP, by the year-end.

The shares have a market capitalisation of £10.10 million and are priced at GBX 0.48 as of 5 July 2021. It recently announced that a geochemical sampling scheme is underway. It would cover almost the whole tenement at the fully owned Jundee East Gold Project, which is now underway. This scheme would be an extension of its successful maiden geochemical sampling plan that yielded highly positive outcomes.

It has recently conducted geochemical sampling at the new gold exploration zone in Côte d'Ivoire. The programme returned high-quality surface samples. Infill sampling showed continuity of high-quality gold. For this purpose, an aircore drilling rig was retained so as to continue testing of this area.

The company has a one-year return of 24 per cent and a year-to-date return of 18.22 per cent. The shares are priced at GBX 0.56 and have a market capitalisation of £7.84 million.

Installation of pipeline infrastructure, necessary to bring back the production of liquids online that were shut since April last year, has been completed on time. The first production tranche to be restored online would be from the oil fields of Chorillos and Campo Molino. The work is expected to be completed in 15 days.