UK Market News: The London markets traded in a green zone after the release of several macroeconomic indicators. The Office for National Statistics had reported around 0.5% monthly growth in the UK retail sales during June 2021 as compared to May 2021 boosted by the European Championship. Moreover, the UK Manufacturing PMI and Services PMI came out to be 60.4 and 57.8, respectively, during July 2021.

FTSE 100 listed Vodafone Group shares grew by about 2.41% after the Company reported a rise in the first quarter revenue boosted by robust business in Africa and Europe.

Beazley shares surged by around 5.57% after the Company had swung into profit during the first half of the current fiscal year, driven by significant improvements in premium rates across its divisions.

Premier Foods had anticipated full-year adjusted pre-tax profit to remain at the top-end of the expectations driven by an encouraging start to the year.  Furthermore, the shares rose by around 5.41%.

Ultra Electronics shares climbed by around 32.17% after the Company had recommended a lucrative takeover bid of around 2.58 billion pounds from Cobham to the shareholders. 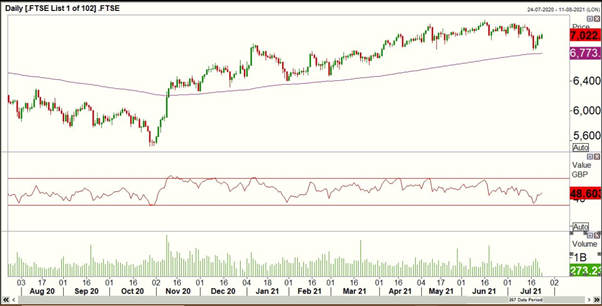 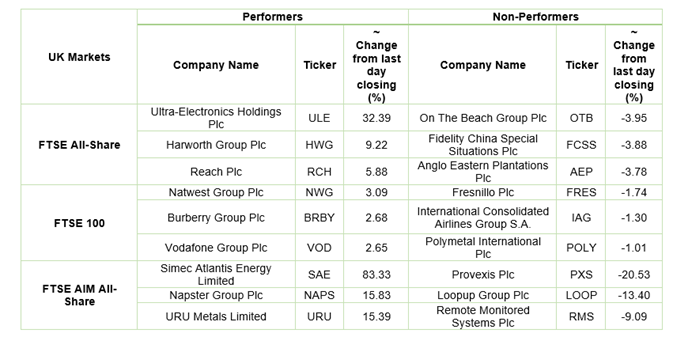