The country has many companies dealing in pharma verticals, medical devices and the aged care sector within the healthcare space.

Let’s look at the performance of the top 3 NZX healthcare stocks of 2021. 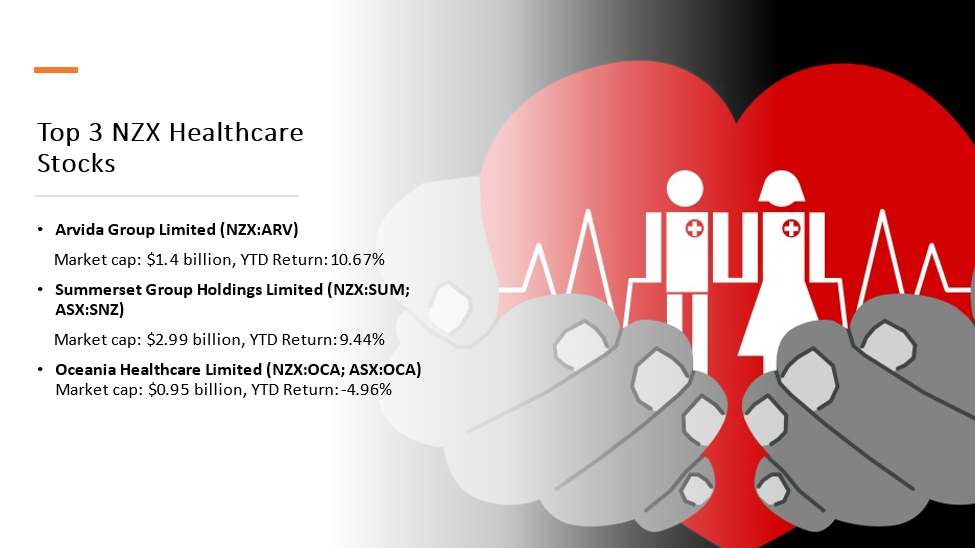 New Zealand’s largest aged care provider Arvida Group announced a 30% rise in its underlying profit of $26.6 million for the 6 months ended 30 September 2021 despite the interruption of NZ going into a lockdown.

DO READ: Arvida (NZX:ARV) Did the Company report solid 1H22?

It delivered 68 new homes across 7 villages and increased the total number of units and beds by 24% to 5,439 in H1 FY22. The Group confirmed this month that the sale of its 3 retirement villages situated in Rangiora had been settled.

ARV expects high employee costs will be a challenge for the sector in H2 with a restricted labour market and increasing inequality in nurse pay ongoing.

An NZ retirement village operator and developer, Summerset Group, saw a significant increase in resale and new sales in Q3 2021, with over 744 transactions for the nine months ended September 2021.

The Group pre-sold all of its independent living units at its planned Mt Denby retirement town in Whangarei, which were scheduled to be delivered over the next six months.

OCA completed 49 apartments at Eden in April and 8 villas at Gracelands in September this year. The Group paid an interim dividend of 2.1cps on 20 December.