How will these 5 NZX financial stocks perform as inflation hits a 30-year high?

New Zealand recorded an inflation rate of 5.9% for the three months ended 31 December 2021, putting its annual inflation at a three-decade high rate at the year end. This would imply that the RBNZ will have to take measures to stop inflation from further rising.

The RBNZ has already made OCR hikes in October and November 2021, increasing the OCR to 0.75% to cool down the economy. Higher inflation numbers will further put pressure on NZ’s central bank to raise interest rate.

On this note, let’s look at how these 5 NZX financial stocks are doing amid high inflation. 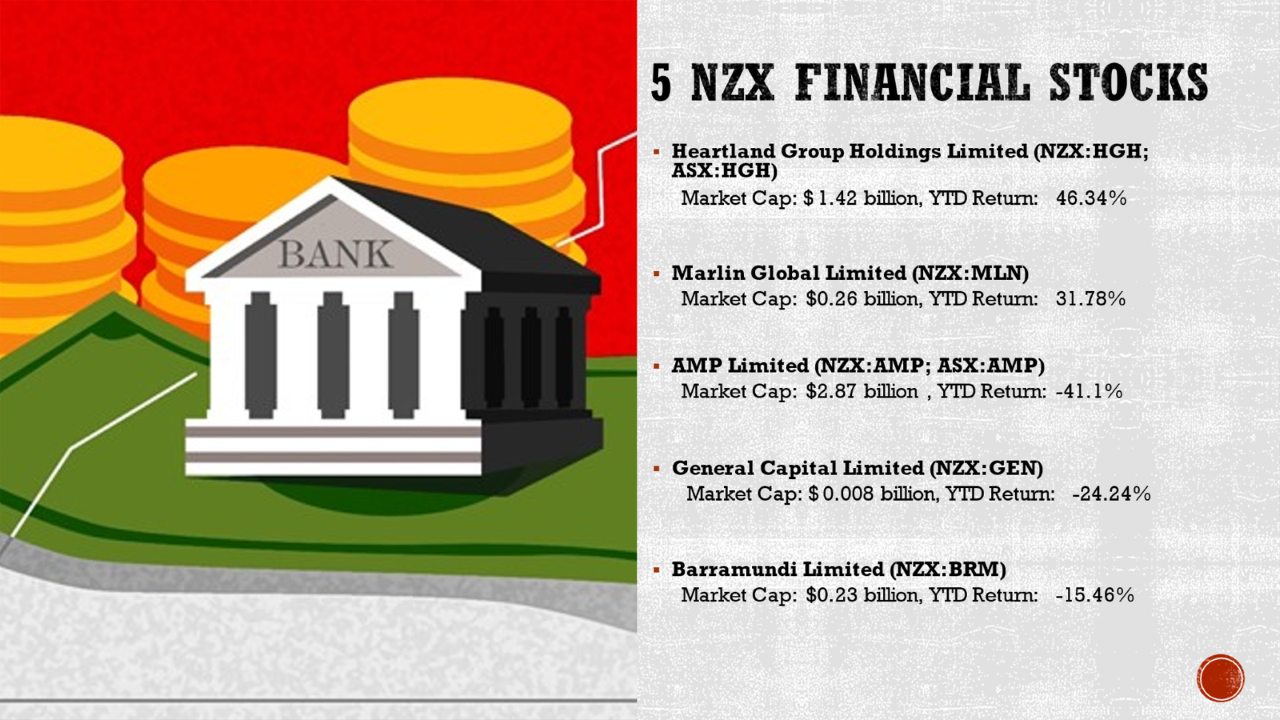 Heartland Group is a financial services company that has operations in Australia and NZ. It provides banking products in areas within the business, rural and household sectors.

DO READ: Why to look at 3 prominent NZ insurers?

Heartland informed the market on Friday that it would declare its interim results for the 6 months ended 31 December 2021 on 22 February 2022.

Marlin is an investment firm that finances developing global firms.

Marlin Global updated on Thursday that its undiluted net asset value as at 25 January 2022 stood at $1.1503. The Group has declared total dividends of 7.43cps till date and one more dividend is likely to be announced in the period until 20 May 2022 when the exercise price of warrants may be announced.

ALSO READ: 3 NZX growth stocks that can be considered in January 2022

AMP is a financial services firm that offers many products and services related to pension, life insurance, superannuation, etc.

INTERESTING READ: A journey into the future: How the world may look like in 2050

AMP had announced last month that it would be delisting from the NZX Main Board. The Group notified on Friday that it had fulfilled standard requirements set by NZ RegCo. AMP added that its last day of trading will be 2 February 2022 and its units will be suspended at the close of the day.

General Capital is a financial services group. The Group notified on Friday that it had raised its NPAT forecast to $900K-$1100K for FY22, up from the previously announced range of $650K-$850K.

DO READ: Would 4 NZX penny stocks prove to be multibaggers this year?

The increased guidance came at the back of investments made by the Group in building its assets.

Barramundi is NZX-listed investment firm that majorly invests in budding Australian firms. The Group informed on Thursday that its net asset value at 26 January 2022 stood at $0.7599.

Investors will be looking at upcoming reporting season to identify well-performing companies amid high inflationary environment in NZ.