In the wake of the pandemic, it may have challenged the business model of brick-and-mortar businesses. Still, it is also believed to have created unique opportunities for new-age and modern-day businesses models.

For example, the physical visit to a store was impossible due to the global lockdown, which increased the online sale of products and services. Not only did e-commerce benefit, but many analysts believe other sectors like healthcare also benefitted where patients connected with doctors on an online platform, and the emergence of concepts and ideas like telemedicine sprung.

On that note, let us look at the top 15 Canadian startups according to industry experts in 2021.

The company was founded in 2014 and is a financial service firm based in Toronto, Canada. Wealthsimple was established to let investors invest in a globally diversified portfolio that optimizes the taxes of clients. The company also offers a zero-commission app for investing in ETFs.

Some of the other services offered by Wealthsimple ranges wealth management, portfolio management, and investment advisory services.

Wealthsimple received a total private equity funding of US$ 900.4 million so far over nine rounds from some of the well-known private equity players like Greylock, Inovia Capital, and Meritech Capital, etc.

Mr. Michael Katchen serves as the Co-Founder and Chief Executive Officer (CEO) of the company with a team of nearly 500 employees. 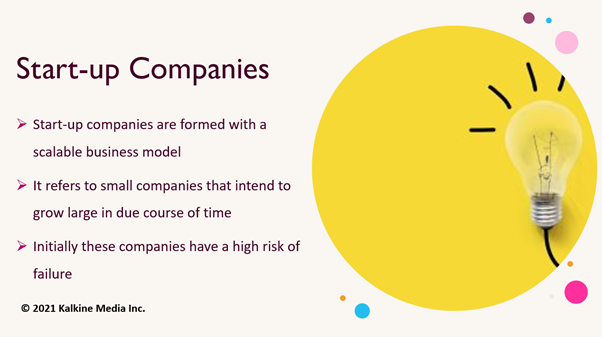 Clearco supports founders seeking funding in all the stages of their venture. Clearco is funded by 27 investors and has raised a total funding of US$ 681.5 million, while the last round of funding was raised on July 8, 2021. Some of the well-known investors of the company are SoftBank Vision Fund and Intuit.

Mr. Andrew D’Souza is the CEO and Co-founder of the company and is based in Toronto, Canada.

The cosmetics brand holds a collection of make-up crayons ready to use with some of the finest features. NUDESTIX was founded in 2014 by Jenny Frankel, catering to the beauty, cosmetics, and fashion industry.

The makeup brand is headquartered in Toronto, Canada. NUDESTIX is funded by three investors with one lead investor, with the latest funding raised on January 31, 2019, from an angel investor. The company is run by Jenny Frankel, serving as its CEO and founder, and Ally Frankel as its co-founder.

Some of the common jobs in this company range from Digital Marketing Manager to Merchandise Manager, which requires skills like data analysis, brand development, etc.

The fintech company offers spending, rewards, and savings programs and has plans to simplify those. The use of technology is believed to simplify finance for Canadians. Neo Financial is based in Calgary, Alberta, and also operates in Winnipeg.

Some of the specialty services offered by the company are credit cards and banking technology. Its credit card services are backed by MasterCard and issued by ATB Financial.

The company was founded in 2019 by Andrew Chau, Jeff Adamson, and Kris Read. Neo Financial, on September 15, raised its last round of funding for total capital of US$ 89.9 million raised so far over four successful rounds of funding.

Andrew Chau serves as the CEO of Neo Financial and Jeff Adamson as its chief marketing officer.

The retail company was initially established as a new app, and then ventured into building online platforms for publishers and companies.

On November 15, 2020, the retail company raised funds from Andreas Pennas and two other investors. The company has successfully negotiated over seven rounds of funding provided by five investors, and the latest funding took place on June 18, 2021.

Bonsai was founded in 2016, operating in Toronto, with over 50 employees working in the company. Andrew Ladouceur and Saad Siddiqui are the founders of the company.

The company was founded in 2014 by Daniel Eberhard, Joshua Bixby, Mike Benna, and Jonathan Bixby. With the intent to simplify financial products available for everyone, the platform can also be used for mobile payments and other personal finance requirements.

The company is funded by 16 investors, while its recent investors are TTV Capital and Drive Capital. Daniel Eberhard spearheads the operations of the company as its CEO

The Canadian financial service company offers free credit scores and also weekly credit monitoring services. Borrowell was founded in 2014 by Andrew Graham and Eva Wong and is headquartered in Toronto.

Borrowell was ranked as one of the Top 100 fintech companies by KPMG and a ranking by Deloitte recognized it as one the fastest growing companies in Canada. It won numerous other awards as well.

The company raised Series C capital on February 22. A total of US$ 92 million was raised by the company over seven successful rounds of funding.

Andrew Graham is the CEO, and Eva Wong is serving as the company's Chief Operating Officer.

The education company connects with international students and recruiters. The company's online platform helps students apply to over 1,500 institutions.

The company streamlines the application process and provides visa assistance to international students seeking admission to their dream college.

The company is based in Kitchener, Ontario, and was founded in 2015 by Martin Basiri, the founder and CEO, and Massi Basiri, designated as its co-founder and COO.

ApplyBoard was funded by 21 investors and raised total capital of US$ 483.5 million over seven rounds of funding. Ontario Teacher’s Pension Plan and Business Development Bank of Canada were some of its recent investors.

The company has over 50 employees, and the executive board comprises Debbie Chalkey as the CFO and Pieter Louter as its CEO.

Some of the job roles provided by the company are that of Claims Adjuster, Customer Specialist, and Customer Representative.

The company developed an online platform for consumers and brands, allowing customers to earn rewards points on each purchase made by them.

Drop uses the concepts and applications of machine learning to do so. It has a customer base of over 3 million across North America and the UK.

On August 25, 2015, the company was founded by Akhil Gupta, Darren Fung, Derrick Fung and Cameron Dearsley. The total funding raised by the company was US$ 56.2 million by 18 investors. The company also acquired Canopy Labs on November 15, 2018.

The information technology and service company had four funding rounds raising a total capital of US$76. 1 million. OMERS Ventures and TELUS Partners were its recent investors, st the latest funding on October 29, 2019.

League caters to the healthcare and information technology domain. The company developed its proprietary platform where pharmacy retailers and healthcare services providers connect to enjoy its products and services.

League was founded by Michael Serbinis on June 12, 2014, who also serves as the CEO of the healthcare company.

The insurance company raised a total capital of C$ 14.5 million over two funding rounds, while the latest funding was raised on January 7. Its recent investors are TRISURA and Gravitas Securities.

The insurance company was founded in 2018 by David Dyck, Justin Hamade, and Jeff McCann.

The automobile company was founded by Stephen Seibel in 2016 and is headquartered in Toronto, Canada. Clutch Canada offers its users an online platform for the used car market and seeks to expand in other cities in Canada.

A fresh round of funding of C$ 20 million was raised on April 29, from Canaan. A total of seven investors entrusted confidence in the company by investing in it, with FJ Labs and Canaan being its recent investors.

Den Park and Stephen Seibel serve as the CEO and COO of the company, respectively.

It was founded by Mike Murchison in 2016 and is based in Toronto, Canada. Version One Ventures and Bessemer Venture Partners were the latest investors of the company. Ada managed to raise a total capital of US$ 190.6 million in seven funding rounds.

Burst Capital, Giant Ventures, FirstMark, Spark Capital, and Accel were some of its previous investors.

Many analysts believe startup companies face a high degree of risk and uncertainty initially, but once they are successful, they are possible innovators in their respective industries. The risk of investing in a startup must always be considered.