Unity Technologies (NYSE:U): A metaverse stock for your portfolio?

Over the years, metaverse became popular among millennials and in 2021, it gained massive momentum. Metaverse is a term used to describe the network of three-dimensional (3D) virtual reality space.

Due to the increasing popularity of metaverse, companies exploring this space often attract investors' attention.

In this article, we will explore Unity Software Inc (NYSE:U) or Unity Technologies and find out if it is worth your investment portfolio:

Recently, it was announced that Unity will acquire Ziva Dynamics, one of the leading companies for digital character creation. The Vancouver-based Ziva Dynamics enables users to create avatars, animals or items like clothes

Ziva's technology allows users to create 3D people, animals, or similar items like cloth and then deform them in realistic ways. 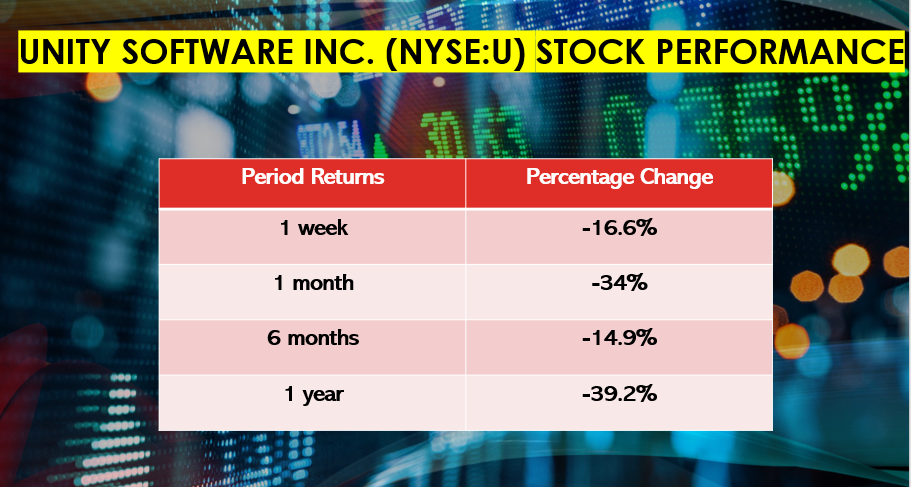 According to the company's official blog, Unity aims to democratize Ziva's tools through this acquisition. This will reportedly help artists create digital characters, irrespective of their skill level.

Last year in December, Unity had completed the acquisition of Weta Digital's engineering talent, technology, tools, and pipeline. Weta Digital's tools have been used in iconic movies and shows like The Suicide Squad and Game of Thrones.

Unity will have a team of 275 engineers from Weta Digital, and they are known for building and maintaining the company’s tools and pipeline.

At the end of the trading session on Thursday, January 28, the Unity stock was priced at US$ 94.7 per share after declining about five per cent.

Also Read: 2 Canadian metaverse stocks that rose over 200% in a year