Is Athabasca (ATH) a cheap energy stock to buy after gaining 294% YoY?

Athabasca Oil Corporation (TSX: ATH) has been trending higher on the stock market with a spike of over 11 per cent on Monday, May 3. This surge came after the energy company announced its first-quarter results for fiscal 2022.

The small-cap company pointed out that it produced 34,679 barrels of oil equivalent per day (including 92 per cent liquids) in the first three months of FY2022, up from its annual guidance of 33,000 to 34,000 boe/d. The company also stated that it directed C$ 30.92 million in funding towards sustaining operations in Thermal Oil and three Duvernay wells in the latest quarter.

Let us get an overview of Athabasca Oil’s financial and stock performance. 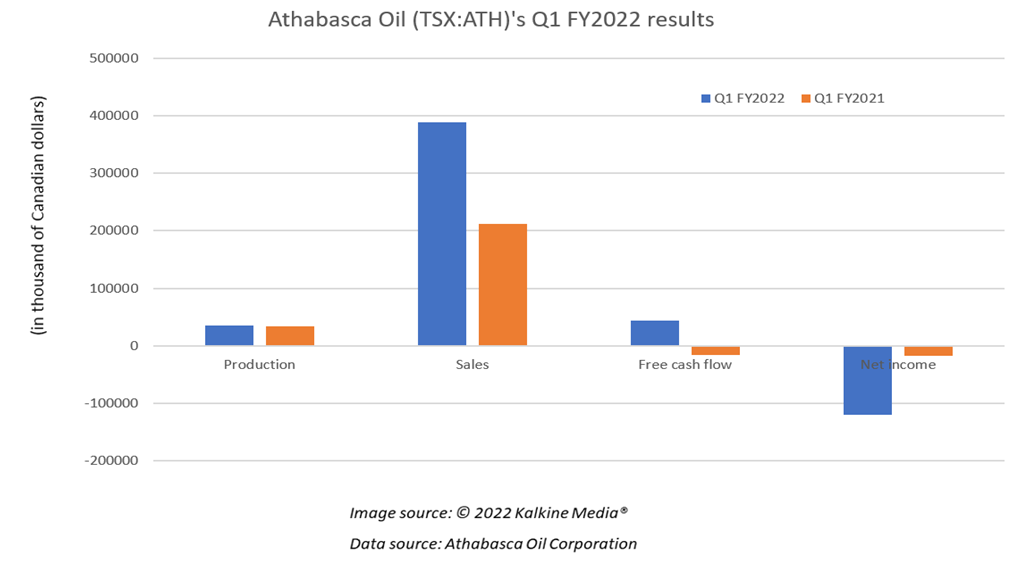 Athabasca Oil’s stock ballooned by 294% in a year

Stocks of Athabasca Oil swelled by over 294 per cent in one year. According to the Refinitiv data, ATH stock appears to be on an upward trend, with a Relative Strength Index (RSI) value of 69.65 on May 4. RSI value of 70 indicates that a stock is on a bullish trend, which implies investors’ confidence in ATH stock.

The energy stock plummeted by over nine per cent at 9:43 AM EST on Wednesday, May 4.

Athabasca Oil has mentioned that it unhedged 50 per cent of its 2022 sales, with the other 50 per cent of sales hedged in order to gain exposure to upside commodity prices. Also, it is planning to use 100 per cent of its FCF to decrease its Term Debt and enhance its net cash position this year.