As the market is recovering from the pandemic’s setbacks, many stocks have scored fresh all-time highs over the year. Some metrics suggest that presently, stock markets are trading at historically high valuations.

However, Canadian gold stocks are considered to be undervalued, perhaps allowing investors an opportunity to hedge their investment portfolios, especially at a time when inflation is picking up steam.

Some experts believe that adding gold stocks to an investment portfolio, at such cheap prices, will help investors to enhance their exposure and diversify, thus possibly lowering the risk attached to their portfolios in the long term.

Let us explore some of the Canadian gold stocks listed on the Toronto Stock Exchange (TSX) that may fetch profit and diversify portfolio risk. 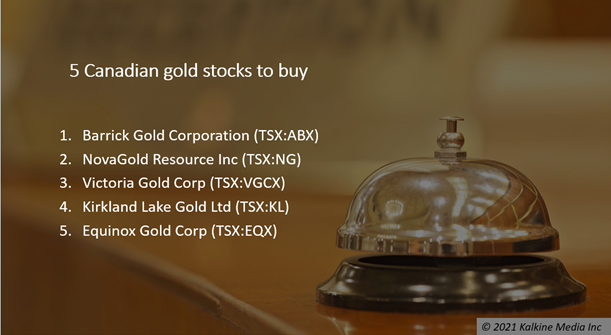 One of the largest yellow metal producers in the world, Barrick Gold Corporation saw its stock closing down by 0.211 per cent at C$ 23.61 apiece, on Monday, October 18.

Barrick Gold is ranked among the top 25 actively trading stocks on the TSX with a 10-day average trading volume of 3.4 million on October 19.

The gold explorer NovaGold Resources Inc noted its stock priced at C$ 9.17 apiece, down by 2.96 per cent, at market close on October 18. 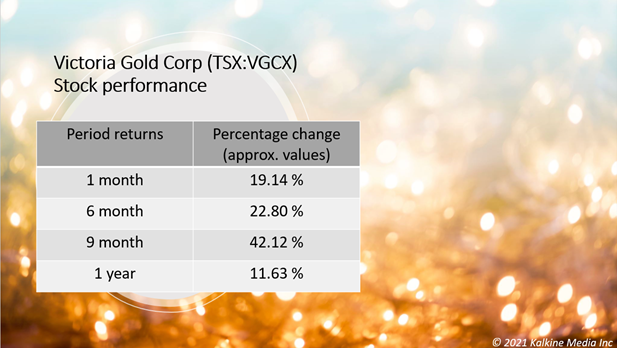 The stock of the pure-play gold production company Kirkland Lake Gold Ltd slipped by 1.072 per cent and was priced at C$ 56.30 per share at market close on October 18. At this closing price, its stock was roughly 41 per cent above its 52-week low of C$ 40.07 on March 30.

Investors generally prefer to invest in other types of stocks as they offer higher yields than gold stocks. However, if one wishes to play safe in the stock market and earn a good amount of profit in the long run then, gold is a suitable investment option.

Many market experts believe that having gold stocks in the portfolio adds to the financial soundness of investors and that it could help in balancing the financial health against the market risk.