The Bank of Canada (BoC) increased its benchmark interest rate to 0.5 per cent on Wednesday, March 2, despite the socioeconomic and geopolitical pressure stirred by the Russia-Ukraine war.

With this development, let’s delve into the details of RY and Scotiabank stocks.

The lender increased its prime lending rate to 2.7 per cent, i.e., 25 basis points (bps), up from the previous rate.

Royal Bank’s Q1 net earnings increased by six per cent year-over-year (YoY) to C$ 4.1 billion in fiscal 2022. Its diluted earnings per share grew by seven per cent to C$ 2.84 in the latest quarter over the last one year. 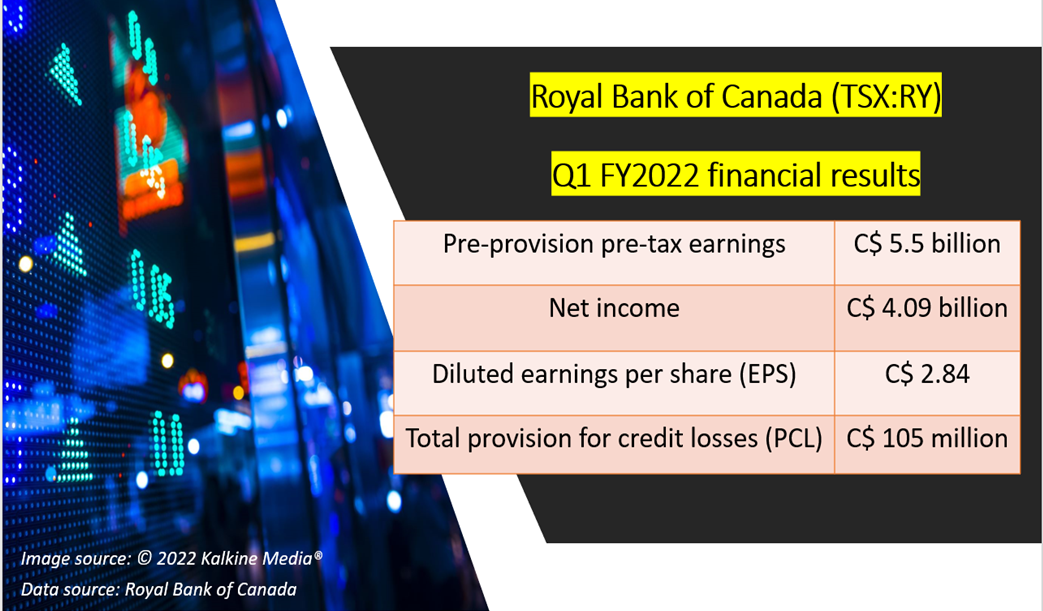 Scotiabank also increased its key lending rate to 2.7 per cent, following which its stock spiked by roughly three per cent to close at C$ 93.19 per cent on Wednesday, with 3.7 million shares switching hands.

Stocks of Scotiabank jumped by over 19 per cent in the past six months.

Some market analysts believe that the benchmark interest rates can further increase in the country as the Bank of Canada tries to control the inflationary environment. This could also see other banks also hike their lending rates.