In a major update, AXS-listed Cyprium Metals Limited (ASX:CYM)  has informed the market that the Nifty Copper mineral resource estimate (MRE) has increased by 28.4% to 940,200 tonnes, recording a 208,000 tonnes increase in the contained copper metal. The updated MRE provides additional copper metal inventory for the Nifty phase 1 oxide copper project, underpinning a potential open pit mine life of greater than 20 years.

Nifty is the sixth-largest development project in Australia, based on contained copper metal. It has the highest grade and is the only project being developed in the near term.

The updated mineral resource estimates are as follows: 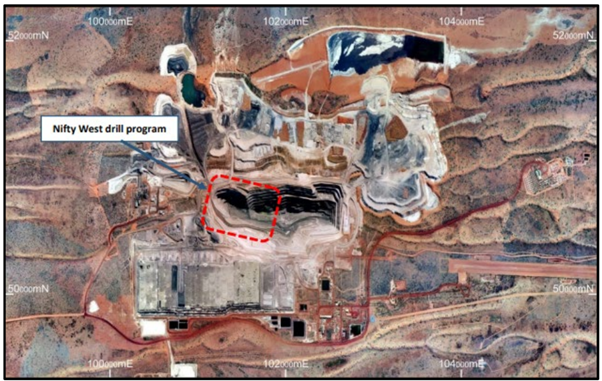 The current Nifty MRE of 95.1Mt at 1.0% copper for a total contained copper inventory of 940,200t is the result of the successful completion of 71 RC holes drilled at the project location for a total of 18,867 metres.

Also, the Nifty copper project restart study intended to focus on the development of the first phase of the project helped to enhance the MRE. The study involves a return to heap leaching and solvent extraction electrowinning to produce copper metal cathode on site.

As per CYM, the significant inventory and increase of heap leachable oxide mineralisation confirmed by this MRE present additional upside opportunities for project economics.

The drilling programmes at Nifty West and East were primarily designed to confirm the mineralisation and to improve the confidence, classification of inferred resource, and possible extension of mineralisation.