The company recently announced that it has secured the funding commitments amounting to more than $3 million from the professional and sophisticated class of investors. These commitments are to add the financial arm to the commercialisation of Simavita’s unique technology AlertPLUS™, dedicated to the diaper industry and valued at US$64 billion, as per the announcement. 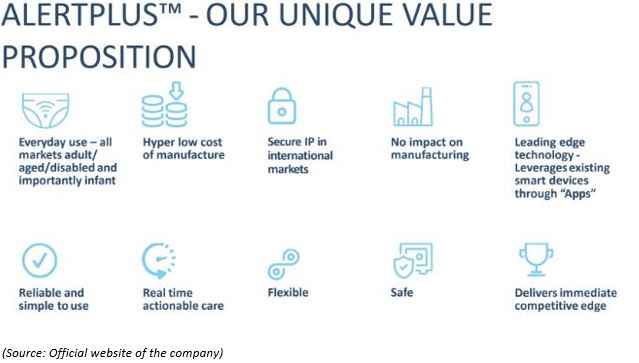 The report read that funds would be made available in the form of debt notes which will be secured over the assets of the company for repayment. Moreover, the funds will be paid in 3 tranches including the payment of $500,000 in Tranche 1 that has already been paid to the company.

Funds to be received from this financing are expected to greatly support the company objective of achieving a low recurring cost structure, capable of delivering product to new and major markets of interest. The company aims to invest these funds majorly on commercialization and product sales of AlertPLUS™ to international markets.

However, the notes are subject to CDI holder approval at a Special General Meeting (SGM) to be convened in June 2019. It has been stated that these debt notes will become convertible at the election of the holder into CDIs.

Simavita now has completed its PIVOT strategy to materially reduce operating costs and to focus upon the delivery of a business model and software platform technology AlertPLUS™. It is currently working closely with partner organisations to complete commercial production of diapers incorporating the Simavita AlertPLUS™ sensors while undertaking discussions with third parties regarding its key patents.

The company maintains a competitive edge in the industry with issued patents for a technology platform that produces an exceptionally low cost and comprehensive solution for Adult as well as Infant markets.

Also, Simavita recently completed a key manufacturing milestone. In its first commercial test run in Europe, 45 kilometers of sensor materials were printed in 90 minutes and proved that it is sufficient to manufacture thousands of smart diapers.

SVA transitioned into a MedTech company with the capability of delivering the projects to new markets and reducing cost structure. The immediate objective of the company is to license AlertPLUS™ to large corporates. Over the past twelve months, commercialisation activities in the USA and Europe have been reportedly commenced, resulting in discussions related to installation, technology and varying duration. 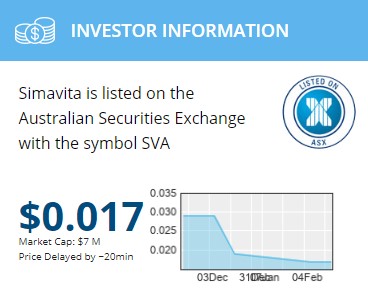 On 1 March 2019, the company announced that its stock would remain suspended on ASX (as per the listing rule 17.5) due to the failure to lodge the relevant periodic report by the due date.