Technology is the use of scientific knowledge for practical needs. Technology helps minimising human efforts and at the same time, give better results. In the current scenario, the application of technology can be seen in multiple sectors. To name a few, popular technologies at present are:

In this piece of article, let’s look at four stocks, three being from the Information Technology sector and one from the communications sector along with their recent updates and performance.

In the business, technology is used for safeguarding financial data, confidential executive decisions as well as important proprietary data. In banking and financial services, technology helps to facilitate transactions. 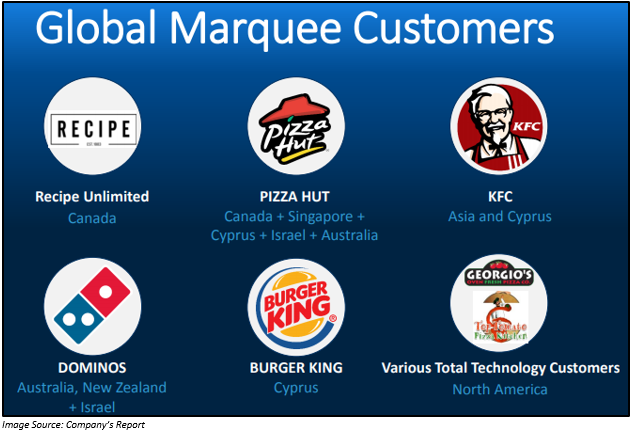 On 16 July 2019, the company announced that it had secured debt funding from Alceon Liquid Strategies Pty Ltd, a largest Australian-based shareholder of the company and also a member of the Alceon Group and Manager of the Alceon High Conviction Absolute Return Fund. The debt funding facility will be in the form of senior unsecured corporate loan for the amount of $4.3 million for a period of two years. This loan has been drawn down on 16th July 2019 and will assist the company in meeting the working capital requirements to roll out products among its global, Tier 1 customer base. The loan amount will also help the company to look for new opportunities as well.

Quantify Technology Holdings Limited (ASX: QFY) is an Australian-based creator and developer of Truly Intelligent Buildings Technology and develops simple-to-install, affordable Internet of Things devices, which can be adopted on a large scale.

On 16th July 2019, Quantify Technology Holdings Limited announced that it will be completing its first two installation projects for FY2019-2020 in southern Sydney luxury homes by July 2019 end. The smart home devices of the company are being installed in luxury homes in the suburbs of Oatley and Kyle Bay. The installation is being undertaken by the Cambridge Electrical Services (“CES”), the company’s Sydney-based electrical contractor partner.

The two projects reflects the company’s first sales since it has entered into an exclusive contract with a well-known retailer in Australia, Harvey Norman Commercial Division (“HNCD”). These projects also signify the extension of the relationship between QFY and CES. Further, the company’s smart home devices will help homeowners to take the advantages of home automation at a fraction of the price of rival products.

The communication services sector company, Tinybeans Group Ltd (ASX: TNY) is a provider of mobile and web-based social media platform, which helps parents in recording as well as sharing valuable moments and milestones with friends and family in a secure and private manner.

The company reported a 120% increase in the 12 month revenues to $3.9 million on pcp, excluding $158,000 taken up as other revenues from US R&D. The monthly active users reached 1.23 million, representing a 31% growth on pcp. The growth in MAU was primarily driven by app updates and the new content platform in Q4. The advertising revenue went up by 169% on pcp, reaching $2.9 million. The premium revenue hit the record in FY2019 and reached $738,000 during the financial year, representing a 33% growth on pcp. The number of registered users went up by 34% to 3.35 million. At the end of 30th June 2019, the company had cash and cash equivalents worth $0.98 million. 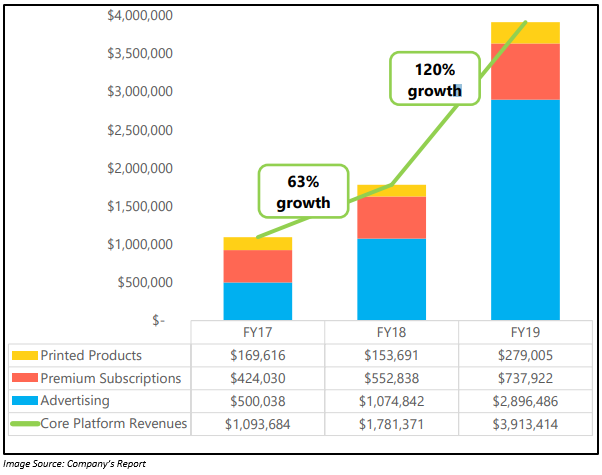 A global software company, LiveTiles Limited (ASX: LVT) is HQed in New York and involved in developing and selling software for businesses throughout Australia and abroad.

On 16th July 2019, the company responded to the ASX query related to the announcement made by LVT on 12th July 2019, wherein the company highlighted its record quarterly results. The company disclosed that it had achieved $40.1 million of annual recurring revenue as at 30th June 2019. Below are the set of responses provided by the company to ASX.