An Initial Public Offering (IPO) is the process, in which, a private company sells its shares to the public by listing them on a stock exchange, hence going public. An IPO comes with numerous advantages, including an increase in prestige and brand equity, additional sources of funds, reduction of cost of capital and better market exposure.

VGI Partners Limited (ASX: VGI) is a provider of investment management services. The company was founded in 2008 and manages clientsâ investment portfolios and investment funds by building concentrated long-short portfolios.

Since its inception, the company has delivered positive returns and earned performance fees on all of the VGI Funds in every year. At the beginning of the calendar year 2013, the company was managing approximately $300 million funds, which increased to more than $2.1 billion by the end of CY18, representing a compound annual growth rate of around 38%. Management fees also increased in line with FUM from $4.9 million in CY13 to $27.5 million in CY18.

For the half year ended 31st December 2018, the company reported total revenues and profit of $16.69 million and 5.65 million, respectively. 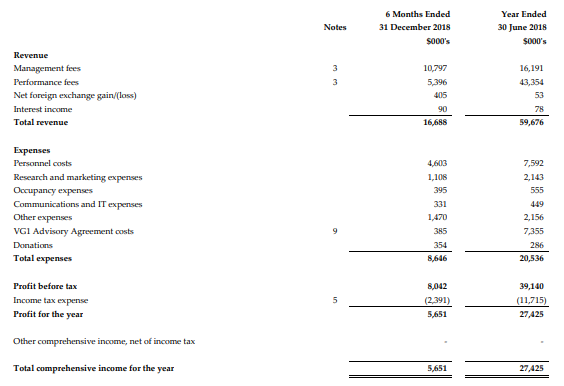 Mont Royal Resources Limited (ASX: MRZ) was incorporated on 26 March 2018 and engages in mining activities by acquiring, exploring, evaluating and exploiting mineral resource project opportunities. The company recently updated that the data modelling and interpretation of the recently completed Sub-Audio Magnetics survey has been finalised at its 100% owned Edjudina Gold Project. Drilling on the targets identified is anticipated to begin in mid/late July. The company has identified 10 targets that have the potential to host lode-style gold mineralisation.

For the period from incorporation to 15th November 2018, the company reported a loss amounting to $236,181. Since the company has just begun its operations, it is unlikely to generate revenues before the development of projects and commencement of production. It is currently funding its development activities with available cash and the net proceeds of the Public Offer.

PointsBet Holdings Limited (ASX: PBH) has built a cloud-based wagering Platform to offer its clients with racing and sports wagering products. The company has recently announced Hawthorne Race Course Inc. as its sports betting partner in the State of Illinois for a term of 20 years. The duo will now work together to build a world-class, multi-faceted sports entertainment venue. 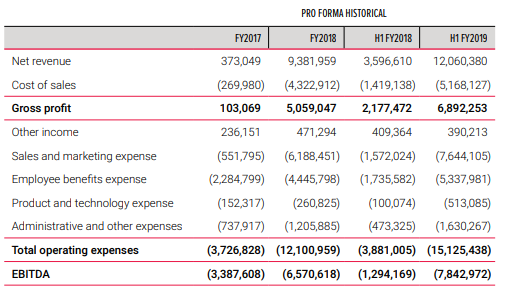 PKS Holdings Limited (ASX: PKS) is a healthcare technology company that provides a proprietary subscription based Clinical Decision Support system, namely RippleDown that automates the human decision-making process in healthcare organisations. The company recently announced the appointment of Maggie Niewidok as the Company Secretary in place of Andrew Bursill.

The company has a strong financial profile with a total of 18 direct clients and channel partners along with 112 installed sites. Over the period covering FY16-FY18, the company reported an underlying EBITDA CAGR growth of 100%. Revenue CAGR over the same period was 13%. The EBITDA margin for the financial year 2018 was reported at approximately 54%. Out of the total revenues earned in the financial year 2018, 60% comprised of offshore receipts.

PKS Holdings offers highly scalable, subscription-based technology offering, which requires minimum sales or support resource. The established global channel partnerships have helped validate the technology and commenced the roll-out of its solution globally. With a large global market and favourable growth dynamics, the company has an opportunity to grow its business in the increasingly sophisticated health informatics market.

Victory Offices Limited (ASX: VOL) is a leading provider of offices and coworking within the evolving Australian flexible workspace industry. The company commenced operations in 2013 and now has 21 locations in high quality buildings across Melbourne, Sydney, Brisbane and Perth. Two of the locations are scheduled to be open in the first quarter of the financial year 2020.

The company recently updated that IOOF Holdings Limited and Perpetual Limited became substantial shareholders with 6.724% and 5.50% of the voting power, respectively.

In the results for 1H FY19 ended 31st December 2018, the company reported total revenues of $20.95 million as compared to total revenue of $12.84 million in 1H FY18. Profit after tax for the period stood at $3.91 million as compared to $1.95 million in the prior corresponding period. Revenue growth over the period was driven by the number of locations matured during the year along with the diversity in services offered. 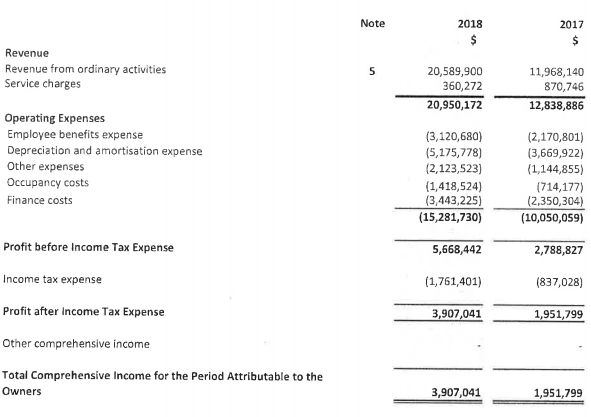 Recently, Bionic Vision Technologies revealed about its plans to go public by listing on ASX. BVT develops visual prosthesis to restore vision to the blind. The devices are operated by electrically stimulating the remaining retinal cells in patients with retinal degeneration.

As per the media reports, State Path, an investment firm based in Hong Kong, has held talks with medical device and pharma companies and is chasing for a foundation investor for pre-IPO fund raising of the Bionic eye group. In 2017, Bionic Vision Technologies received a funding of $25 million from Alan Kwan, Executive Director at State Path, with China Huarong International Holdings for the development and clinical studies.

The company is expected to have a post-float value of between $120 million to $170 million. The company is planning to list itself in the next 12 months and is seeking to raise around $50 million from investors.