Imugene Limited (ASX:IMU), an eminent player marking transformational progress in cancer treatment, has been granted the DIR licence by the Australian Government’s Office of the Gene Technology Regulator (OGTR). The licence holds prominence for expansion of the company’s VAXINIA Phase 1 clinical trial within Australia. It is an essential element needed for the Australian regulatory framework for matters relating to the intentional release of organisms which are genetically modified into the environment.

The licence is titled ‘Clinical Trial of a Genetically Modified (GM) Chimeric Orthopoxvirus (CF33-hNIS) as a Cancer Treatment’.

An overview of Phase 1 VAXINIA trial

Imugene’s Phase 1 VAXINIA clinical trial is titled “A Phase I, Dose Escalation Safety and Tolerability Study of VAXINIA (CF33-hNIS), Administered Intratumorally or Intravenously as a Monotherapy or in Combination with Pembrolizumab in Adult Patients with Metastatic or Advanced Solid Tumours (MAST).”

The company initiated the multicenter Phase 1 VAXINIA trial in May this year at its sites based in the United States. A total of 100 patients will be enrolled for the study across 10 clinical trial sites in Australia and the United States.

In preclinical laboratory as well as animal models, City of Hope-developed oncolytic virus, CF33-hNIS VAXINIA, has been shown to shrink breast, colon, lung, ovarian, and pancreatic cancer tumours. As of now, a low dose of VAXINIA has been delivered to the enrolled subjects having metastatic or advanced solid tumours. All the recruited patients have had at least two prior lines of the standard of care treatment.

The study is expected to be conducted for a period of around two years. 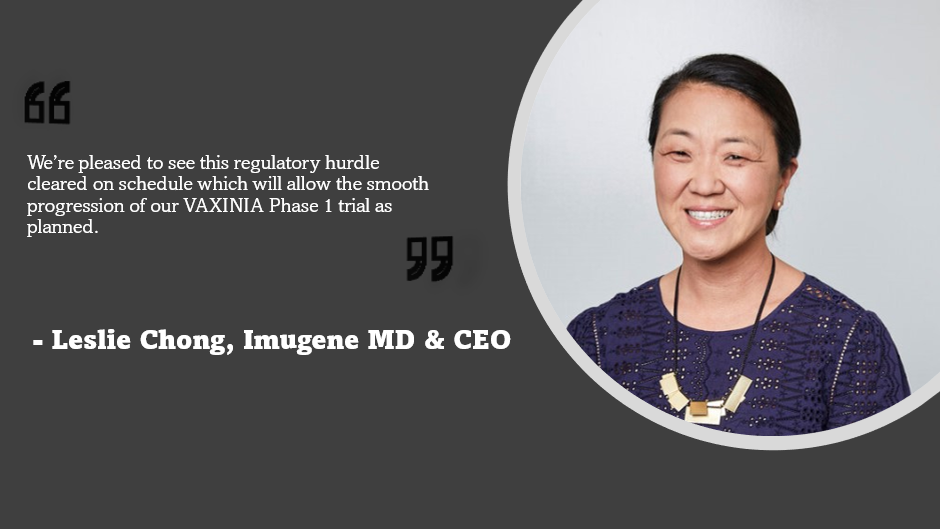