Colorado-based oil producer Eon NRG Limited (ASX: E2E) joined the oil prices rally on Wednesday after the United States reported a sudden decline in crude oil inventories. The stock gained 20% in a day trade while the daily volume surpassed the average annual volume to stand at 3,895,297 as at 26 June 2019.

The market dynamics in energy sector outlines the middle east tensions and the escalating conflict between the United States and Iran over the blame game of oil tankers attack and the fuming security concerns.

Further, the United States has slashed down its oil imports through sanctions on Iran and Venezuela and has decided to fill the supply gap through increased domestic production. The nation driving the world’s economy aims to meet the local oil demand from its domestic production but had to settle at drastically lower inventory levels since the past few weeks.

Eon NRG Limited is a USA onshore energy company that establishes an aggressive approach to value accretion through more drilling as well as developing a broader range of opportunities in the energy sector. The group, moreover, focuses on diversifying its asset mix in order to incorporate a cross-section of energy assets.

Driven by the business objective of identifying and profitably developing resources in North America, Eon NRG acquired 15,000 acres of oil and gas leases in the Powder River Basin that has multi-stacked reservoirs and outstanding offset production history. It also acquired ~ 840 acres of battery mineral exploration claims in the Stillwater Range, Nevada, to take advantage of the growth in global battery energy demand driven by electric vehicle manufacturing. 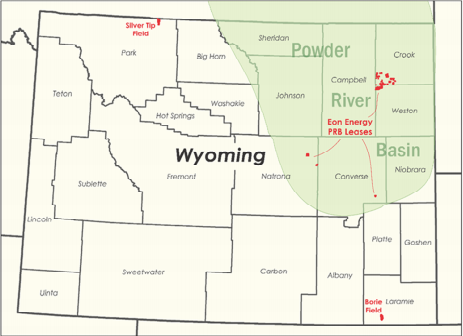 Eon NRG Limited recently announced the filing of the application for a permit to drill (APD) with the Federal and State Authorities of United States related to drilling of its first Powder River Basin (PRB) well, the Govt Kaehne #9-29.

Chief Executive Officer and Managing Director, Mr. John Whisler led company, informed that all necessary environmental studies, surveys and surface use agreement have been finalised as part of the permit applications.

Eon expects the Govt Kaehne #9-29 well to be drilled to a depth of approximately 6,300 feet which should take ~12 days to reach total depth. This well is considered to be E2E’s low-risk conventional well, which aims to produce light sweet crude oil from the Dakota Formation. The other reasons that support the company’s confidence in the Govt Kaehne #9-29 well include:

Currently, Eon is in the process of reviewing and inspecting drilling rigs within the region to choose the most applicable and efficient rig that meets the drilling criteria for the Govt Kaehne well.

CEO and MD, Mr. John Whisler stated that there remains a strong interest in Wyoming with 32 drilling rigs running despite a recent decrease in the overall U.S. rig count. It gives the company a large inventory to evaluate and to select the best rig for its well.”

In the announcement dated 26 June 2019, the Board of Eon NRG Limited stated that Mr Simon Adams has been appointed as a new Executive Director of E2E with immediate effect.

Mr. Simon brings in over 25 years of experience with private as well as NASDAQ and ASX listed companies where he has filled various executive level roles across a range of industries including aquaculture, mining, finance and most recently in the upstream energy sector.

Mr Adams’ appointment to the role of Executive Director of the company comes in addition to his existing responsibilities in the long-standing role of Chief Financial Officer and Company Secretary of E2E. He will reportedly function from the Eon’s Perth office in Western Australia and will be the point of contact for shareholders and corporate finance professionals in Australia.

However, it was also informed that the key terms of the executive contract with Mr Adams remain unchanged.

Why Invest in E2E?

The company, listed on the Australian Securities Exchange, has shown an impressive performance in the oil and gas industry with the stock up 20.00% over the past one month. It outlines the great potential to add significant production from the upcoming drilling program attuned to operating control and high revenue interest. Besides, the investors are eyeing the company for the strong economics of its near-term drilling opportunity as well as its control over significant undeveloped acreage open for exploration in prolific onshore U.S. oil basin. 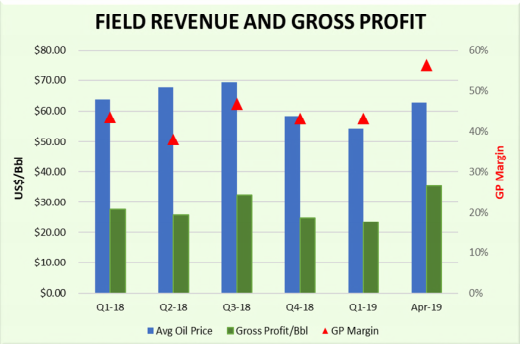