Are These 4 Stocks Proving To Be ‘Horses For Courses’ - BGL, BLU, SOR, LDP?

Investors are always keen to know about stocks that are performing well in their respective arenas. The below-mentioned companies have made significant operational progress in the recent past. Today (i.e. 12th June 2019), these stock have come up with significant updates, which investors should know about. Let’s take a closer look at these stocks and their updates.

An exploration company, Bellevue Gold Limited (ASX: BGL) ended June quarter with a strong cash position of $19.8 million. During the quarter, the company made significant progress in the development of its Bellevue Gold Project, which is located in Western Australia. 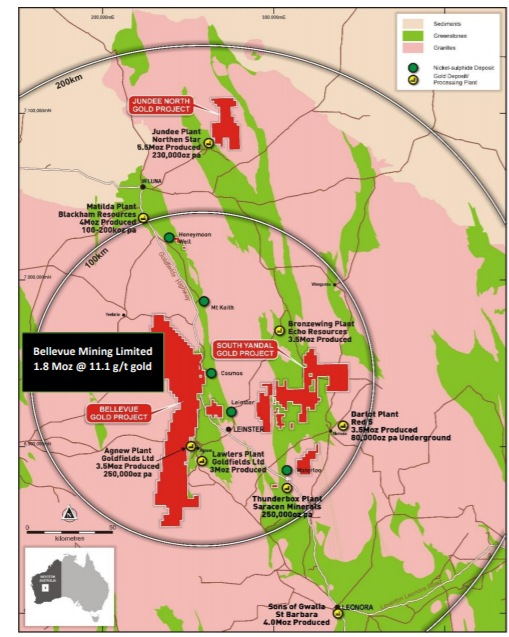 During the quarter, the company announced further independent resource upgrade at the Bellevue Gold Project, which incorporates the recent Viago North and Tribune North strike extensions into the Bellevue Hanging wall, increasing the value of the project from an exploration perspective. The latest update reflects a 25% increase in global tonnes, a 17% increase in contained metal and a 5% reduction in global grade, which is encouraging news for the company and its shareholders.

Numerous recent significant results outside the current resource update include:

A rapidly evolving oil and gas exploration company, Blue Energy Limited (ASX: BLU) recently completed its Share Purchase Plan launched on 17th June 2019, following the successful completion of the oversubscribed placement to institutional and sophisticated investors, raising $4.2 million. Both SPP and the placement has raised a total of $5.6 million, placing the company in a strong financial position to pursue the commercialisation of its Bowen Basin gas assets and progress its large position in the emerging Northern Territory shale play.

The company has an exploration acreage in Queensland and the Northern Territory, in which, the company’s key gas and oil projects are located.

During the March quarter, the company spent $174k on exploration and evaluation, $63k on staff costs and $121k on administration and corporate costs.

Blue Energy’s Net Reserves and Resources can be viewed in the below table.

A pooled development fund, Strategic Elements Limited (ASX: SOR) is focused on science and innovation in the technology and resources sectors. The company recently provided an update on significant technical improvements in the Nanocube Memory Ink technology being developed with the University of New South Wales (UNSW).

As per the company’ release, an advanced memory ink for printing onto plastic material was significantly advanced over a number of months. This ink has resulted in new fabrication methods for Nanocube Memory Ink and its use on plastics. The company has filed patent coverage to protect the inventions generated from this work.

With regards to the work funded by the Australian Federal Government, the company reported that its team has significantly optimised the Nanocube Memory Ink for use on glass surfaces, enhancing its potential for use in transparent electronics.

The company is currently developing a transparent electronics demonstrator, which is focused on showcasing the ability to print memory cells onto glass and the transparent nature of the ink. It is expected that all the progress is incorporated into the transparent demonstrator, which will be due for completion in the third quarter of 2019. The company recently finalised an agreement with the Western Australian Government for $150,000 in funding towards drilling at the Behemoth Project in the remote Gibson desert.

An explorer and developer of lithium chemicals, Lepidico Ltd (ASX: LPD) recently announced the completion of a plan of arrangement with Desert Lion Energy Inc., whereby Lepidico has acquired all of the outstanding common shares of Desert Lion for the consideration of 5.4 Lepidico ordinary shares for every 1 Desert Lion common share.

Under the terms of the Arrangement, the company has issued:

Along with this, the company has also issued 76,020,767 new fully paid ordinary shares to certain creditors of Desert Lion in settlement of debt arrangements, which Desert Lion had intended to settle in common shares at the time of the announcement of the arrangement, but which had not been allotted at transaction close.

Recently, on 10th July 2019, the company announced the production of first lithium sulphate liquor from its pilot plant.