All That Investors Need To Know About Jiajiafu Modern Agriculture

The Group is led by a team of experienced Board of Directors including Mr Qingkai Li, Mr Zhiguo Li and Mr Haizhu Cai, as per the 2019 Hal-Yearly Report released in February 2019. Also, as announced on 16 May 2019, Mr Bill Lam has been recently appointed as an Australia-based non-executive director of the Company, effectively immediately.

A glance at the business model

JJF Group operates a leading agribusiness in the Qingzhou City of Shandong Province in China, known for its innovations in agricultural technology.

Since its inception, Jiajiafu has built a mature and stable, yet competitive business model, including development of a comprehensive internal quality process and quality control systems. Its agricultural activity is compliant with European Union and Chinese national standards for organic vegetable production processes.

Jiajiafu’s planting base comprises more than 400 sunlight greenhouses (covering ~206.4 hectares). It is focussed on diversification of vegetable varieties, with a single product’s proportion being no more than 20%. This approach reduces the impact of fluctuating product prices. Moreover, all differentiated products undergo several turns of planting and picking, which reduces the influence of season fluctuation, ensuring that sustainable and steady cash revenues can be obtained from many procedures around the year. 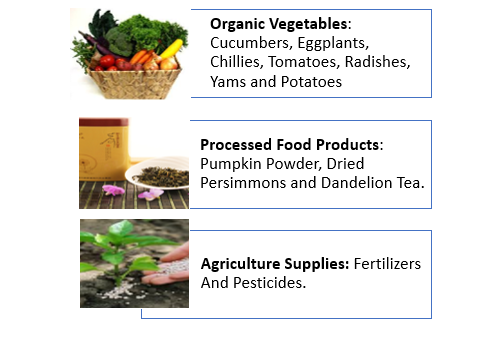 In August 2018, The Group’s Eco Park in Qingzhou China suffered from Typhoon “Rumbia” torrential rainfall, adversely affecting the vegetables and crops in the greenhouses while damaging the structures. The impacts were observed in the succeeding months.

To achieve a better yield rate and prevent the farmland from natural disturbances, Jiajiafu Modern Agriculture has further expanded its investment in production facilitates and spent around $ 6.20 million on 33 new vegetable greenhouses and a new irrigation system.

With these initiatives in place, Jiajiafu expects to witness a steady increase in the vegetable yield volume and improved sales revenue in the remaining FY19.  The Group intends to expand marketing, branding, sales and distribution channels via online platforms such as Alibaba, Taobao and Tianmao for fresh produce as well as processed food products, looking beyond the traditional wholesale and supermarket distribution networks. It further plans to establish alliances with government bodies and institutions to expand the R&D capabilities.