Acquaint Yourself With Horn Island And Yarindury Projects Of Alice Queen

ASX-listed exploration and development company, Alice Queen Limited (ASX: AQX) is headquartered in South Yarra, Victoria. The company, which was listed on the Australian Stock Exchange in September 2004, is involved in the development of a range of exploration and mining opportunities, focussed on gold and copper, in Australia. AQX is supported by a broad base of investors, in addition to its experienced team of mining executives who have the corporate as well as technical skills required to help the company in advancing its projects in Queensland and New South Wales.

AQX is engaged in the development of two projects in the Torres Strait, Queensland, namely its flagship gold project, Horn Island and Kaiwalagal project, in which it holds an 84.5 per cent stake each. Moreover, Alice Queen is working on the Yarindury and Mendooran projects, which are located in the Australian state, New South Wales. The company holds a 90 per cent stake in each of its New South Wales’ projects. 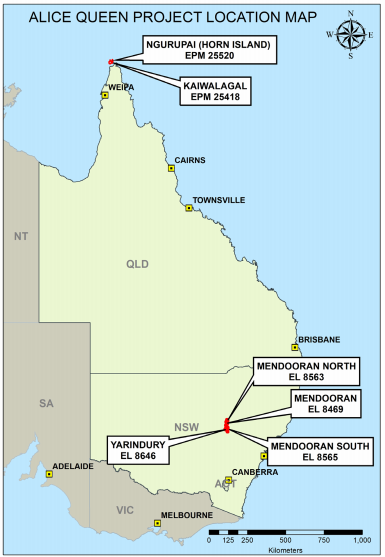 Let us dig into the company’s major projects Horn Island project, which is prospective for gold bearing Carbo-Permian style vein/breccia, in Queensland and the Yarindury project, which is along trend from Newcrest Mining Limited’s (ASX: NCM) Cadia-Ridgeway mine (50m ounces gold + 9 m tonnes copper) in New South Wales. 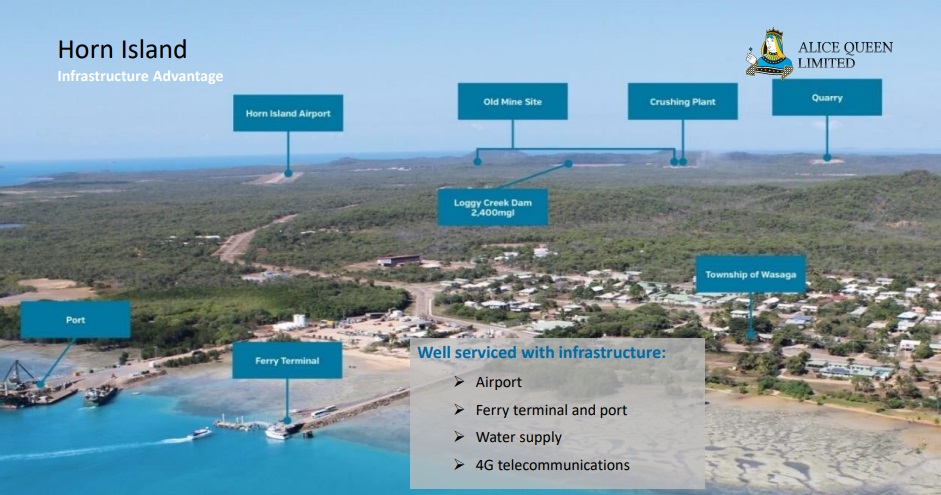 First bulk mining activity was undertaken at the project in the early 1900s. Since December 2015, Alice Queen has completed diamond core drilling to a depth of more than 18,000 metres, building an inferred resource of 7.9 million tonnes @ 1.9 grams per tonne of gold for 492,000 ounces of gold.

AQX has concluded soil sampling and stream sampling programs across mineral field, in addition to the maiden drill program at the Southern Silicified Ridge, which confirmed a second gold zone with best intersect of 11 metres @ 2.89 grams per tonne of gold from 70 metres. An airborne geophysical survey across entire island has been completed, while the company has appointed Ben McCormack, a structural expert, to complete a preliminary structural review of the Horn Island geology and Scott Halley, a geochemical expert, to conclude evaluation of the Horn Island geochemistry.

The company has developed a new understanding of the project, with geological, geochemical and geophysical interpretation confirming endowment potential and metal zonation conforming with interpreted model. As per metal zonation, the best gold zone is expected to lie somewhere between a depth of 200 metres and 500 metres.

Moreover, a summary report (soils sampling and multi-element geochemical database’s evaluation), published by AQX in the month of May 2019, has further strengthened the potential of Horn Island as a large-scale gold project. The metal zoning pattern indicates that the 2 chief gold structures have km-scale extensions with the gold system footprint extending across most of Horn Island and only the shallow parts of the two structures have been tested.

For the Horn Island Project, the metals & mining sector player, AQX, entered a multi-stage earn-in joint venture agreement with St Barbara Mines Limited (ASX: SBM) on 5 June 2019, with the former retaining the project operator status; however, enabling the latter to earn a 70 per cent interest in the project by spending an amount of $4 million over three years and committing at least $500,000 in the initial year. However, several significant areas within the project have been excluded from the agreement, depicting that AQX can move ahead with the existing mineral resource, in addition to ore stockpiles, waste dumps and alluvial targets. 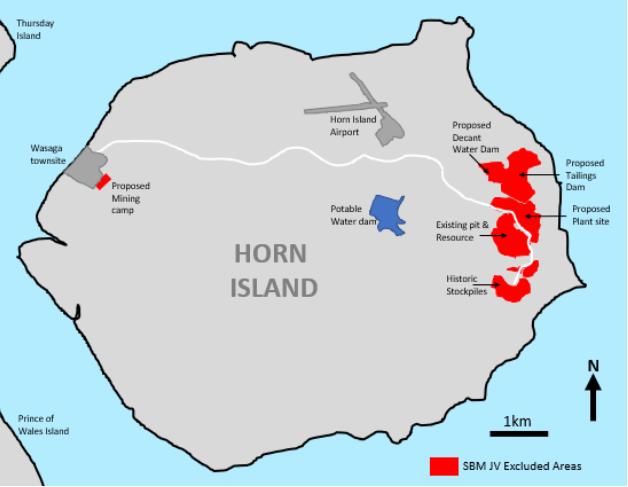 As part of the deal, the company has started the maiden works program at the project, with results from the first two work programs to deliver the work required for the generation of large-scale, Intrusion Related Gold Systems (IRGS) exploration drill targets. More on the deal can be READ HERE.

The New South Wales project, Yarindury (EL8646) is located on the Molong segment of the Macquarie Arc and is believed to host early Silurian-Ordovician rocks of the MVB or Molong Volcanic Belt of the arc. For the project, extensive geophysical program and interpretation have been completed, with Chief Technical Advisor John Holliday concluding target generation work. On the basis of data collected from geophysical and historical drill holes. Mr Holliday has generated six targets along strike from the Cadia-Ridgeway mine. 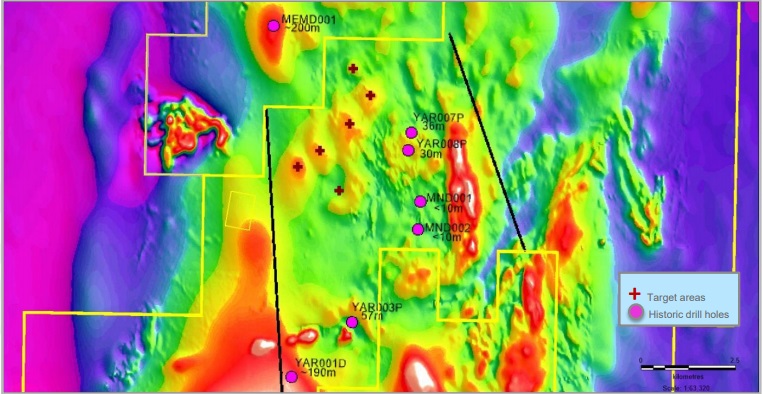 Basement cover appears to be < 200 metres in the north western region of the tenement. The company is preparing for drilling the highest priority targets at the project, announcing it to be drill-ready in early August 2019. If needed, AQX could perform testing on the most attractive magnetic, in addition to gravity, features at the project for a porphyry setting via a RC drilling with a core tail.

Recently on 14 August 2019, AQX updated the market regarding a capital raising program worth $ 516,000 (before costs) to fund the initial drilling program at Yarindury and working capital requirements.

Currently, Alice Queen Limited is majorly focussed on the Horn Island and Yarindury projects. Yarindury is a rare opportunity for AQX, enabling it to carry out testing on previously undrilled targets for quality porphyry that has a relatively shallow cover on the premier porphyry geology of Australia. Meanwhile, Horn Island is the company’s flagship project and is believed to hold the potential to be a large-scale gold deposit.

Alice Queen Limited, an advanced gold explorer, has a market capitalisation of ~ AUD 11.58 million with approximately 723.83 million outstanding shares. On 02 September 2019, the AQX stock traded flat and settled at a price of AUD 0.016, with a daily volume of 1.3 million shares. Further, the stock of AQX has delivered positive returns of 45.45 per cent in the last one month, while its six-month return stands at 23.08 per cent.