On Thursday, the US reported over 55,000 new cases, the biggest number reported in any country in a single day. However, the US stock market ignored the number of cases, and the sentiments remained positive on the hope of global economic recovery.

See the graph below to view five best and worst-performing stocks on Thursday: 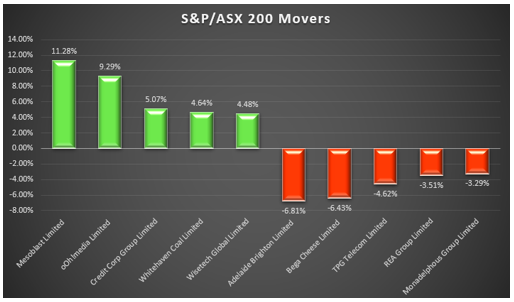