The market is reflecting the negative sentiments after today's ABS report on the Australian unemployment rate in May 2020. The data confirms that about 227,700 jobs were lost in May, which resulted in the unemployment rate surged by 7.1 per cent.

The fresh outbreak of the virus in the US and China also affecting the Wall street and the Australian stock market. The virus-related struggle of the biggest economies of the world is adding to the market woes. China has announced new stringent measures to contain the second virus outbreak in Beijing.

The best-performing stocks for today's market are: 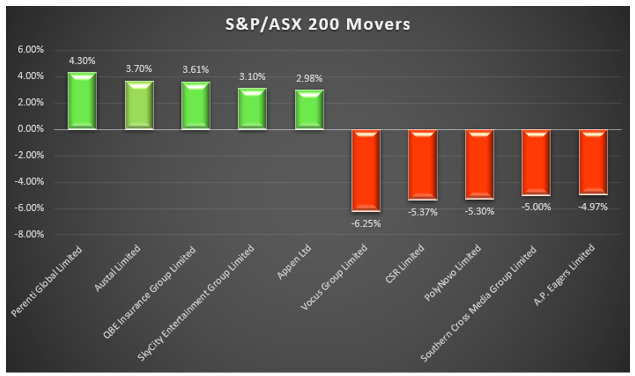