Mineral exploration is a technique that companies follow to find mineral deposits. Discussed below are six ASX-listed companies engaged in exploration activities.

For the last two quarters of 2019, KLA expects higher production levels from what was recorded at Fosterville during the second quarter of the year. Moreover, the mine is on track to achieve production of 570,000 to 610,000 ounces in 2019, in line with the company’s guidance for full year.

Below figure depicts the production results for the second quarter and first half of 2019. 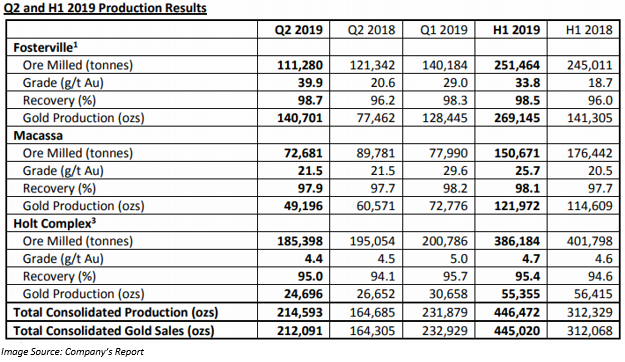 Other key developments during the second quarter of 2019 are:

Bellevue Gold Limited (ASX: BGL), engaged in the exploration of gold, made an announcement on 11 July 2019, regarding a further high-grade resource upgrade at the Bellevue Gold Project located in the state of Western Australia. The company has defined 1.8 million oz gold in less than 18 months from discovery. The resource upgrade is from extensions of the Tribune & Viago North lodes and is one of the fastest and highest-grade gold discoveries made across the globe. The high-grade mineralization remains open on all lodes. The resource is down to a maximum depth of 600 metres and is located adjacent to the historic underground workings.

The company unveiled various other significant results from Viago South and Viago/Bellevu. Moreover, it reported that an exploration update for Deacon, West Tribune and multiple near mine targets would be made available in the current quarter on new discovery drilling. At Deacon, there is a visible gold in extensions below the historic underground, while West Tribune has Viago ‘look-a-like’ Lode with more than 100 g/t gold rock chips.

In order to maintain the ongoing drilling campaign and site works during 2019, the company has a robust cash position of ~$ 20 million. 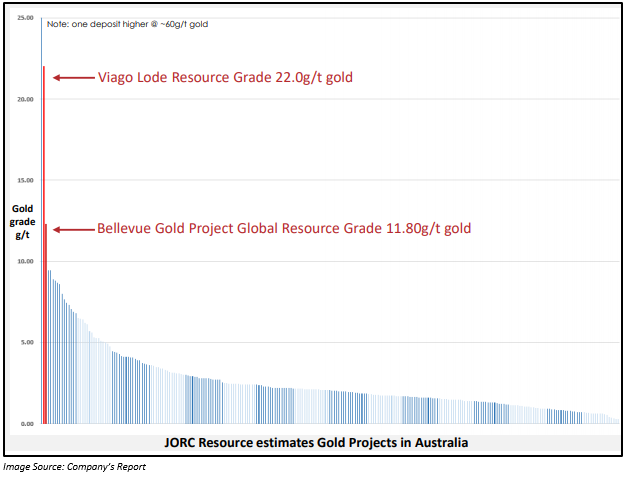 The company has started the RC drilling of 17,000 metres and AC drilling of 8,400 metres to implement its strategy to establish further ore sources as well as extend the lifespan of the mine.

The first shallow target would be drilled at Bronzewing Northeast. The program will also include the maiden drilling at Corboys with the focus on growing the existing 125koz resource as well as aiming at a similar sized prospect at Corboys Southeast.

Further, the drilling planned at the advanced Ashanti and Mulga deposits would enhance the Mt Joel project resource.

The structural study for Bronzewing and Lotus deposits is under progress. Moreover, the initial AC results from the northern end of Hadrian Trend met the targeted structures with significant quartz veining, but no gold assay was found, according to the company announcement. 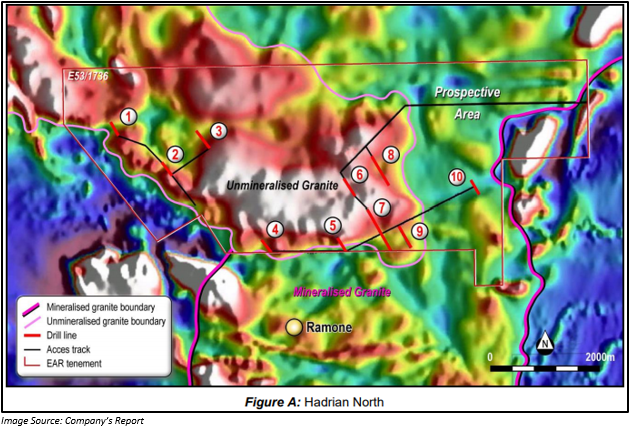 Berkeley Energia Limited (ASX: BKY), an explorer and developer of uranium, on 11 July 2019, announced the changes in its strategy as well as management. Mr Paul Atherley, the Managing Director and CEO of BKY, resigned from his post so as to focus on his other investments in the resource sector. The board thanked him for his valuable contribution to the company and wished him luck for his future business activities.

The company would now focus on progressing the approvals needed to start construction work at the Salamanca mine and bring it into production. Moreover, the company plans to move ahead with its recently announced strategy for battery and EV metals exploration.

Below image depicts the location of Salamanca project in Spain. 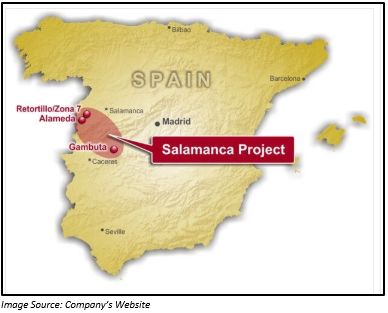 Further, BKY would set up its head office in Madrid and look for a suitable qualified Spanish National for the Managing Director and CEO role. Meanwhile, Mr Robert Behets, the Non-Executive Director of the company, would serve as the Acting Managing Director with immediate effect.

Elixir Energy Limited (ASX: EXR), an oil & gas exploration, development and production company, announced on 11 July 2019, that it has secured final environmental approval from the Ministry of Environment & Tourism to start its field exploration program in Mongolia, focusing on gas within the company’s fully owned Nomgon IX coal bed methane (CBM) PSC. The gas would be in the form of coal bed methane/coal seam gas. 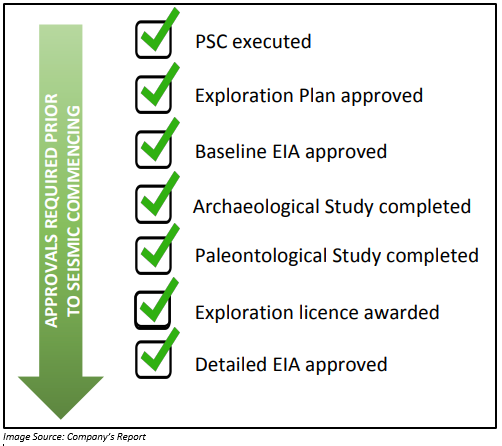 Meanwhile, the company advised seismic contractor Micro Seismic LLC to organise the seismic crew to the Nomgon IX CBM PSC in the South Gobi region and start acquiring new data in the range of 100 km to 130 km with an aim to further define coal seams, which was already identified within the productive CBM window. Micro Seismic is due to start acquisition in nearly 3 weeks after Mongolia’s “Nadaam” summer holiday period.

The company is in the drill tendering process and expects to name the successful contractor shortly, with drilling due to start in or around September 2019.

Cyprium Metals Limited (ASX: CYM), a mineral exploration and development company, updated the market on 11 July 2019 regarding the resignation of its director, Marcello Cardaci, with effect from 10 July 2019.

On the same day, the company also released its investor presentation, highlighting the Cue Copper Project Programme for 2019 and planned Work Schedule 2019.

Originally, Silver Lake Resources Limited (ASX: SLR) performed exploration activities at the Cue Copper Project and discovered Hollandaire in 2011. The project was acquired with a copper Mineral Resource. At this project, there was minimal base metals exploration, as the previous explorers were more focused on gold. Based on the initial mineralogy review, it was found that that exploration is favourable to sulphide heap leach processing techniques. 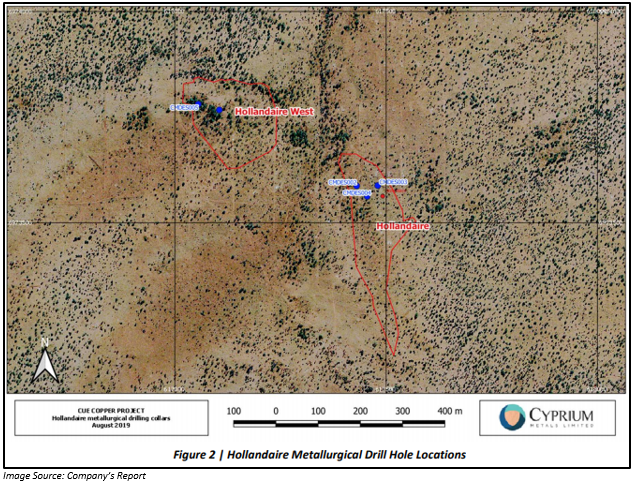 The company submitted the initial Programme of Work to the WA Department of Mines for a drilling programme at the Cue Copper Project. It expects to secure approval in early July 2019. Hollandaire resource extension drilling is scheduled to start in July 2019, which will comprise of Phase 1 Programme of more than 4,000 metres of RC drilling. The metallurgical drilling at Hollandaire is planned to start in July 2019, with a 330 metre Diamond Drilling Programme.

The metallurgical testwork is expected to start in September 2019. The resource assessment as per the JORC Code 2012 would be completed after the Hollandaire drilling.