Commonwealth Bank of Australia (ASX: CBA) recently announced that it has become a substantial holder to the Super Retail Group Limited and Link Administration Holdings Limited with a voting power of 5.01% and 5.10%, respectively. In another update, the bank announced the retirement date of Sir David Higgins as a Non-Executive Director on December 31, 2019. Sir David has been a Director of the Bank since September 2014 and has been the Remuneration Committee Chairman and a Risk Committee Member. In its Q3 FY19 results, Commonwealth Bank of Australia highlighted the increase in its common equity Tier 1 ratio by 30 basis points to 10.3%, excluding the 2019 interim dividend impact.

Bank’s unaudited statutory net profit was reported at $1.75 billion in the quarter, wherein cash net profit from continuing operations stood at $1.70 billion. Cash net profit decreased by 9% (Excluding the notable items). Its operating income decreased by 4%, which can be mainly attributed to the combination of seasonal impacts, temporary headwinds and rebased fee income driven by the bank’s Better Customer Outcomes program. Its loan impairment expenses were reported at $314 million in the quarter. 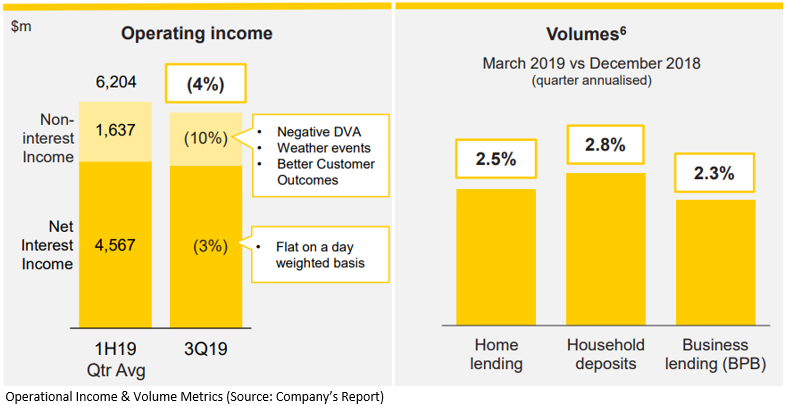 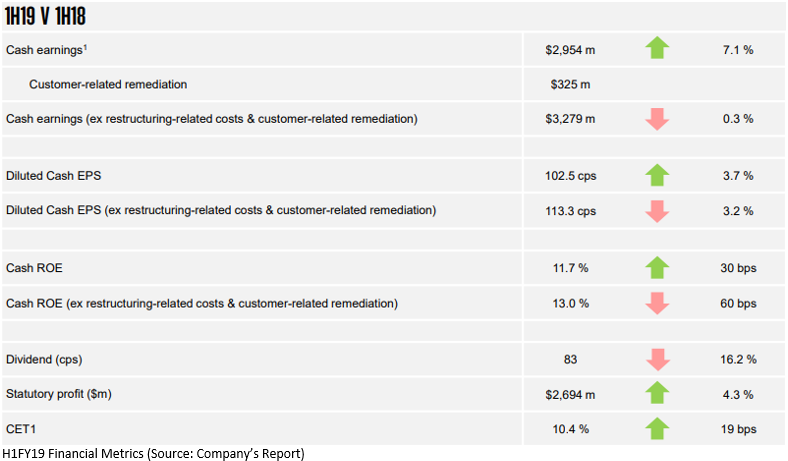 In its first half 2019 results presentation, ANZ highlighted that on the cost front, it has absorbed $550 million of inflation in that time, and took out over $300 million in cost, over and above the benefit it got from selling businesses. On the capital front, it sold 23 businesses and reduced risk-weighted assets in institutional by $50 billion. These and other actions freed up $12 billion of capital, which it used to re-balance its portfolio, return capital to shareholders and invest in targeted growth. On the dividend front, ANZ proposed to pay 2019 interim dividend in three different currencies, namely Australian Dollars, Pounds Sterling and New Zealand Dollars. 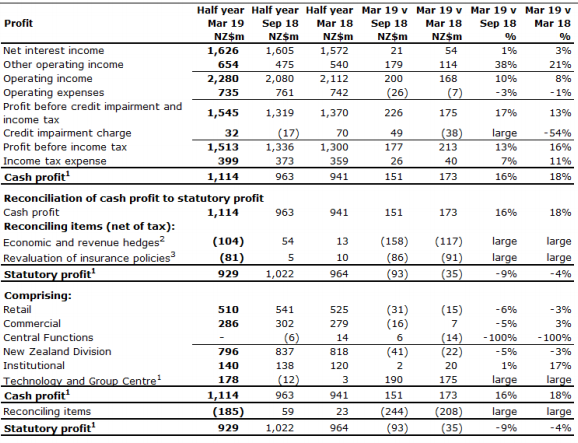 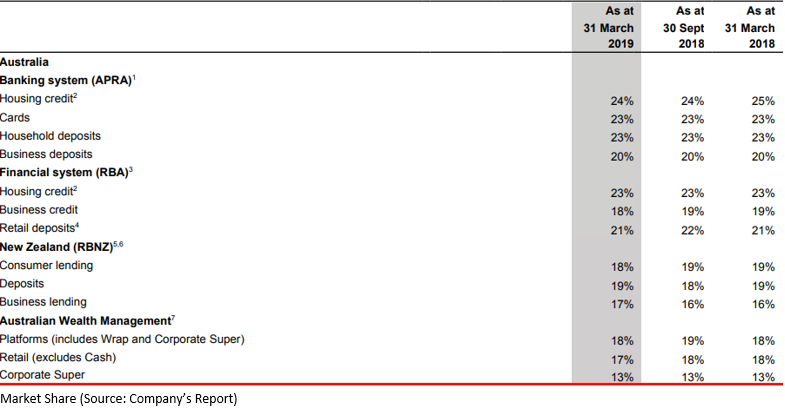