Healthcare stocks have generated a stupendous return on a year-to-date basis. Investors have taken note of several stocks within the healthcare industry which operate across new avenues of healthcare segments. With the emergence of several chronic diseases, the emergence of new health care segments has become one of the prime requirements in the modern world. Modern healthcare businesses require improved manufacturing facilities in order to cater to the demand of health care products. We will be looking at the businesses which offer healthcare products and healthcare manufacturing devices.

Opthea Limited is a drug development company which is engaged in the development of innovative, biologics-based therapies used for the treatment of eye disease. On 7 January 2020, the company reported that Bank of America Corporation and its related bodies corporate became an initial substantial holder with 5.03% voting power.

On 07 January 2020, OPT reported the completion of enrolment process for a patent for the Phase 2a DME study which is an important milestone in specialization for a second disease for the company. As per the study, the company received positive outcomes from Phase 2b wet AMD study. 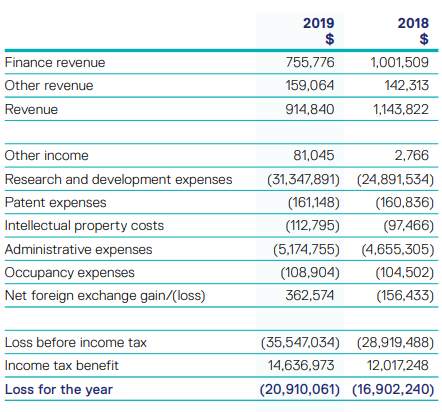 Polynovo Limited operates in developing and marketing of innovative medical devices. Recently, the company informed about the recipient of certificate of conformance (CE Mark) for NovoSorb BTM for the market of UK/Ireland and the European Union.

Recent Operational Updates: As per the December 2019 updates, PNV reported revenue of $2 million as compared to $890k in previous corresponding month, depicting a jump of 134% on y-o-y basis. During the first half of FY20, the company reported unaudited NovoSorb BTM revenue at $8.57 million as compared to $3.75 million in the prior corresponding period (pcp), showing a jump of 129% on pcp terms.

During the year, the company reported lower losses, despite higher operating expenses because of the increased revenue realization from the NovoSorb BTM segment across multiple markets.

Compumedics Limited operates in the development, manufacturing and marketing of medical devices used for diagnosis of brain and sleep and to monitor ultrasonic blood-flow applications.

Operational Highlights for H1FY20 for the Period ended 31 December 2019: