Gold is recognised as a valuable commodity amongst investors worldwide for obvious reasons that it provides hedging against inflation, uncertainty and weakness in the global market which is presently at a high while it also allows for diversification of the portfolio.

The bond yields are falling across the globe including those of the United States, Germany and Japan. Also, the escalation of the US-China trade and technology conflict, developments in the Middle East, problems in Hong Kong along with issues between Japan and South Korea, to the consistent setback Brexit deal, all are indicating a bleak outlook for the world.

Central banks of all key economies are increasingly resorting to liquidity measures to mitigate the impacts on their respective economies in a recession scenario, pushing down bond yields which have reached a negative in many cases, increasing money supply.

Sometimes, these measures fail to stimulate demand and cause significant inflation and loss of purchasing power. In such phases, people flock to the yellow shiny metal which maintains its purchasing power in times of inflation unlike normal currencies.

Over the last few months, the gold price has experienced consistent rally, trading near its record high, owing to the increased buying from the global gold-backed exchange traded funds (ETFs). Also, an investor may opt for buying gold mining stocks that give exposure to gold indirectly amid the business model of a gold miner.

Northern Star Resources Ltd (ASX: NST) is an Australian gold producer that has developed a portfolio of low-cost, high-grade Tier-1 world-class projects located in highly prospective and low sovereign risk regions of Australia and North America. The company continues to identify, acquire and aggressively explore to extend the mine lives across its operations.

On 23 September 2019, Northern Star Resources announced to have waived off all the remaining defeating conditions on the recommended cash takeover offer of AUD 0.33 per share for all of the issued shares of Echo Resources Limited. The offer is now unconditional. Northern Star’s current stake in Echo stands at 21.99%. The offer is currently scheduled to close at 7.00pm (Sydney time) on 14 October 2019.

On 16 September 2019, Northern Star announced its plan to invest AUD 43 million (USD 30 million) in the expansion of the processing plant at its Pogo gold mine in Alaska, which would take the annual throughput capacity of the Pogo plant from one million tonnes to 1.3 million tonnes.

The work on the expansion project is expected to begin this financial year and targeted to be completed in early CY2021. Northern Star expects to invest USD 10 million during this financial year in the expansion project, with the remaining to be invested in FY2021. The USD 30 million investment is in addition to Northern Star’s current capital expenditure budgets and would be funded from ongoing cashflow.

Northern Star Executive Chairman Bill Beament stated that the outlook for Pogo is also underpinned by the strong exploration results being generated from the new discovery in the Goodpaster prospect located just 1 km from the existing mining areas. 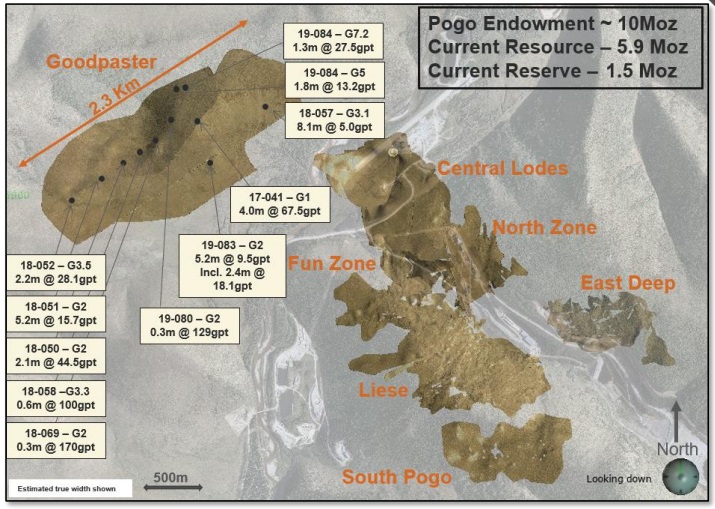 Resolute Mining Limited (ASX: RSG), also listed on the London Stock Exchange (LSE), is an Australia-based gold exploration and development company operating for more than 30 years. Currently, Resolute has four gold mines in its portfolio including its flagship asset being the world-class Syama Gold Mine in Mali, which has the production potential of over 300,000 oz gold per annum from its existing processing infrastructure. 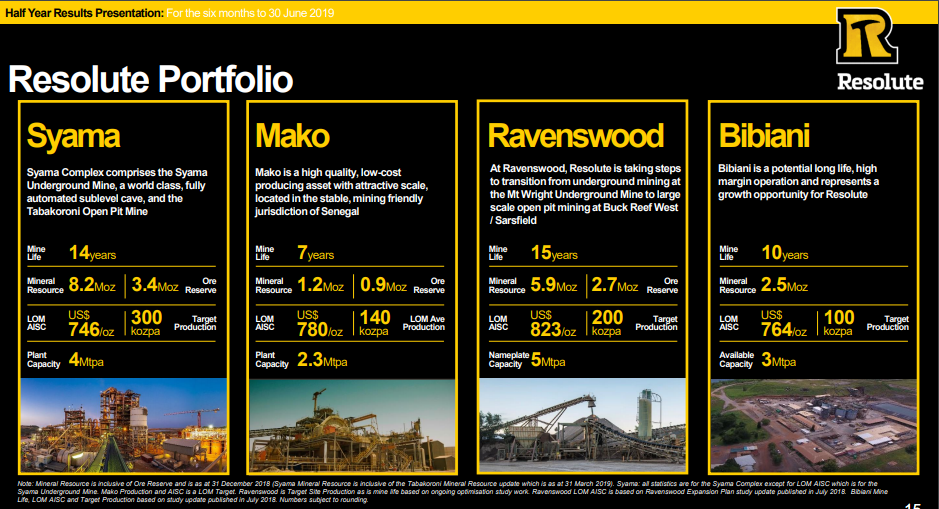 The company’s operating cash flow increased by 79% to AUD 95 million while it continued to significantly invest in development, property, plant and equipment with total expenditure being ~AUD 150 million. Also, during the year, the Syama Underground Mine achieved commercial production rates in June 2019, and it is expected to touch its full production capacity by 2019 year end.

Recently, Van Eck Associates Corporation increased its shareholding in RSG from 9.10% to 10.64% while L1 Capital Pty Ltd purchased 53,029,631 fully paid ordinary shares, translating into a voting power of 5.87% in RSG. 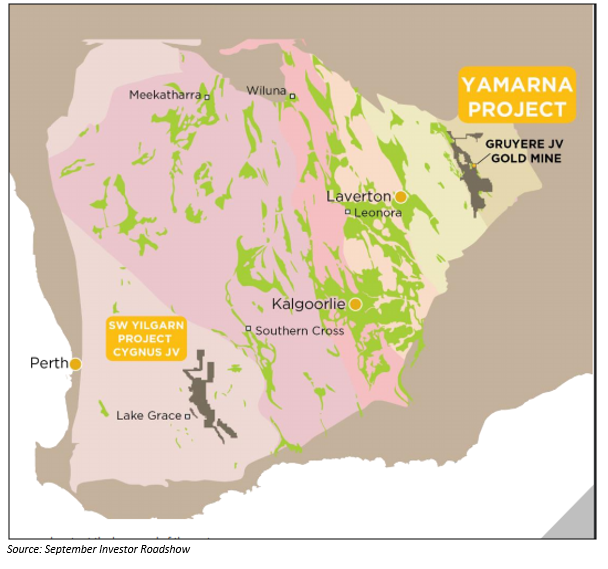 Secondly, the company also nearly completed diamond drilling at Gruyere JV prospect (50%-owned) to enable conversion of Inferred Resources to Indicated Resources to support optimisation of the mine plan and the placement of mine infrastructure. Till the date of the release, six of the 20 hole-programme returned assays, better results include- 36.2 metres at 2.44 g/t Au; 44.9 metres at 1.80 g/t Au and 73.4 metres at 1.80 g/t Au.

In addition, the company stated that the interpretation of drilling results from the Gilmour?Morello prospects continues and will be incorporated in a Maiden Resource Estimate which is due for completion in the c 2019 quarter.