Bonds are the kind of fixed income securities issued by the corporations and governments to raise capital in the form of a loan. Investors make a loan to the issuer of the bond, who will pay pre-defined interest on the face value of the bonds, which could be variable as well. Bonds are issued for a stipulated time period, and the issuer repays the principal amount once the tenure of the bond is finished. Bonds are one of the most liquid and popular asset class.

Issuers include governments and corporations. The government needs capital to fund its various development, social, environmental obligations. It may use it to build schools, roads, infrastructure, defence capability, research & development.

Corporations may use the capital to fund a variety of objectives, including refinancing of existing debt, mergers & acquisitions, development of additional capacities, purchasing of assets, working capital requirement, project funding and so on.

Coupon Rate: Coupon rate or simply referred to as the interest rate. It is the rate at the which the borrower makes payment of interest to the bondholders. Besides, it is an annual rate, and the payment schedule varies from borrower to borrower.

Coupon Dates: As we mentioned about the payment schedule, coupon dates provide the expected schedule of interest payment to be received by the bondholders. Borrowers may choose to pay interest annually, semi-annually or quarterly.

Maturity Date: Maturity date refers to the date on which the tenure of the bond is completed, and the principal amount gets due to the bondholders.

Secured Bonds: Secured bonds are issued by the company with underlying pledged collateral, and these bonds can push the company into bankruptcy when the obligations are not met by the company. Besides, in the liquidation of the company, these bondholders are paid in priority to every other holder.

Unsecured Bonds: These bonds are issued in the market with no underlying collateral. While the company is liquidated, these bonds are paid after the secured bondholders, and shareholders are paid at last.

Rating: The rating agencies issue bond ratings. These ratings provide an investor with the credibility of the company or any country in case of government bonds. Ratings are assigned to the bonds issued by the borrowers, which ranks the bonds in order of their issuer ratings.

Convertible Bonds: These bonds are generally issued by corporations, and unique feature of these type of bonds allows the holder to convert these bonds into the equity share capital of the company upon certain pre-defined terms.

Callable Bonds: Callable bonds provides an option to the company to repay the principal amount of the bond before the end of tenure. Hence, these bonds could be called up by the company after satisfying some pre-defined conditions.

Puttable Bonds: Puttable bonds allow the investors to acquire the principal on an issued bond through the sale of the bond to the borrower. It provides investors with greater flexibility and liquidity on the investments.

Zero-Coupon Bonds: These bonds are issued at a discount so that the investors can profit from the par payments at maturity, which would be at the par value.

For Example, if the government issued a 3% bond today, and two years later, the market interest rate is raised by 2%. Hence, the new bonds issued by the government would bear a 5% interest rate. Now the bondholders who bought the same bond two years ago have 3% interest while the newly issued bonds have 5%. In this case, the price of the previously issued bonds would fall to the extent to which it can cover the expected losses on interest variability through the maturity.

As the market prices of bonds keep fluctuating in the secondary market, there could be numerous reasons to the change in price, such as rating upgrade/downgrade, issuer facing liquidity challenges, and the interest rates. 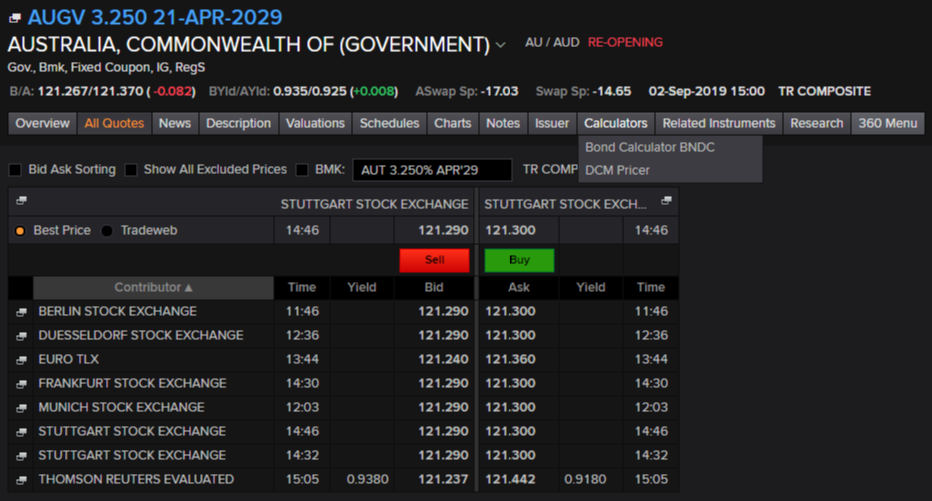 Yield to maturity provides an investor with the yield of the bond if it is being held till the maturity. So, it can be said that YTM provides the internal rate of return on bonds held till maturity.

The above figure gives the formula for YTM where:

At times, when the prevailing interest rates in the market are at a sub-zero level, and the uncertainty on returns of the other asset classes is very high. In such cases, market players tend to allocate a substantial portion of the portfolio into the safer assets, being safe bonds and precious metals.

Currently, the media has been reporting widely on the negative bond yield market, and it appears quite justified when a total of US$17 trillion was sitting in the negative-yielding bond market by the end of August 2019. Meanwhile, Ray Dalio â Founder, Bridgewater Associates, has pointed out to a probable bond blow off in his latest LinkedIn post. Currently, Germany, Denmark, France, Japan and Switzerland are a few countries with negative Government 10-year yields.