The 2019 exploration campaign revolves around drilling the two fully tested core-holes (with an option for a third contingent hole), with the results aiding a contingent resource assessment in 2020.

During the last quarter, the company commenced field exploration activity in Mongolia, taking its 2019 exploration program to the âdrilling stageâ, within only around a year from implementing its PSC.

As per Elixir, drilling the lower cost chip-holes first, although slower than expected, provided lessons for the core holes drilling, the prime objective of the program â at minor cost.

Both the core-hole and chip-hole programs have been negotiated on a turnkey basis (revolving around fixed dollars per metre drilled), removing considerable economic and operational risks for the Operator.

As a result of the successful capital raise in the last financial year, the 2019 exploration program is fully funded (at a 100% ownership level), allowing the company to deal with issues such as potential partners in the future. 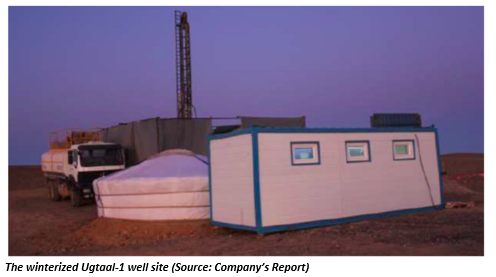 In the next 15 years, China expects to increase gas demand by 300% driven by government initiatives. With its Nomgon IX CBM PSC located on the Chinese border, Elixir Energy is well placed to gain from the rising gas demand. The Mongolian CSG is expected to be highly cost competitive compared to alternative sources of gas with China seeking to diversify its sources of gas supply to meet the rapidly growing gas appetite. 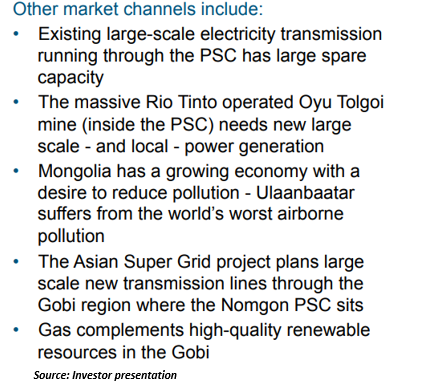 The company is progressing well with the drilling program at its flagship asset under the guidance of its highly experienced CSG team:

The Mongolian staff was joined by the Mongolian contractors on the seismic and drilling fronts, performing exceptionally on all fronts â safety, environmentally, technically and economically.

The results of the seismic survey and drilling will help the company in updated, independently verified resource estimation process. The Ugtaal-1 well is expected to reach the Permian section in this week only. Following this, the company will start testing coal cores for their gas content.

The company is looking forward to further developing its flagship asset - Nomgon IX PSC over the next year.