How are 5 NZX retailers doing amid surging card expenditure?

Stats NZ data released on Friday revealed that the total retail card spending increased 9.6% in November as compared to previous month with the durable goods industry accounting for the major spending.

The durable goods industry rose 22.9% in November compared to previous month. The industry includes furniture, hardware, electricals etc., which witnessed a rise in expenditure due to Black Friday sales in November end.

Business performance manager Ricky Ho stated that sales were spiked due to Black Friday promotional offers with Kiwis spending more amid the Christmas season and the easing of COVID-19 curbs.

Here’s a look at how these 5 NZX retail stocks are performing. 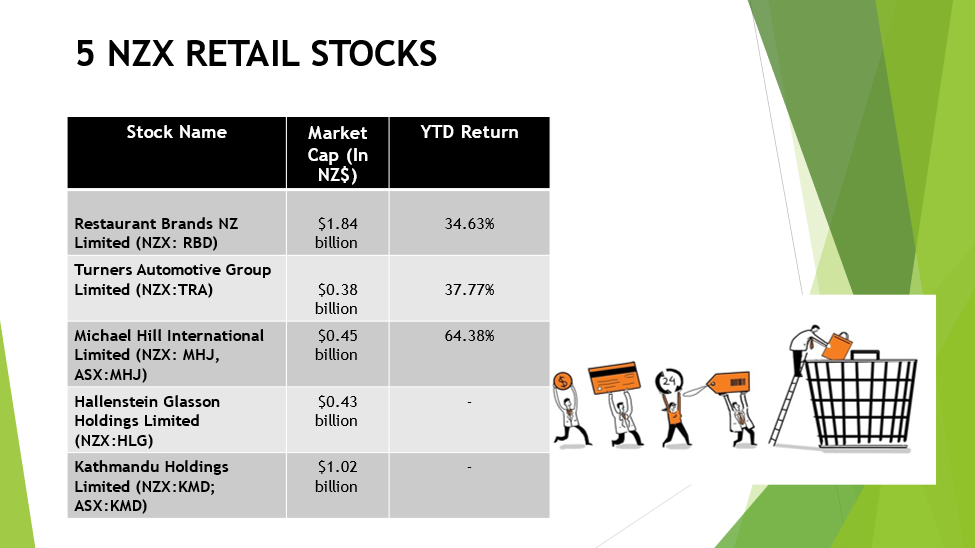 The increase in sales was lower compared to last year due to the closure of outlets in NZ in August and September, and was compensated by extra two months of trading from its newly purchased California business.

Turners Automotive reported a 26% increase in its NPAT to $16.9 million for H1 FY22 despite COVID-19-induced disruptions in Q2. This came due to continued gains in margin, market share and geographic diversification.

The Group plans to surpass its net profit before a tax target of $45 million in FY24.

The negative effect of store closures on earnings was also reduced by initiatives like the focus on costs, margin improvement and strong digital as well as physical sales.

HLG announced last month that it would pay a final dividend of 24cps on 17 December 2021. The move came as all stores began trading again across NZ and Australia.

The Group had deferred the final dividend declaration until its stores were able to trade again.

Kathmandu Holding notified on 6 December that it had finalised a formal bid for the application procedure for external audit. The Group has taken the letter of resignation of PwC and has now hired KPMG for doing an external audit for FY22.

RELATED READ: Which are top 5 NZX retailers to explore ahead of 2022?

As COVID-19 restrictions eased, NZ’s retail sector has begun to pick up but remains impacted due to supply chain issues and an uncertain environment amid new COVID-19 variants affecting the world.