How much did the Canadian snap election 2021 cost taxpayers? News agencies are citing the C$600-million figure. The point is that the costly mid-pandemic election could have been justifiable had the House of Commons moved toward a majority government.

But over a month in campaigning that saw Trudeau’s approval rating going south, and the Canadians are now yet-again with a minority government. Does this mean that the Prime Minister might find pushing his agenda difficult? Trudeau sought an earlier-than-scheduled election to bring legislative reforms that could have, according to the Liberals, limited the COVID-19 blow to the economy.

Among his most debated pledge during the election campaign was raising taxes on Canadian banks.

Will the snap election result compel Trudeau to maintain status quo on such aspects, or will he still bring his pledged big-ticket reforms?

Also read: Canada snap election 2021: A quick roundup of all the key highlights

Analysts believe tax hike on banks is a complex thing. Canadian banks may have raked in more profits during the pandemic but levying more taxes on them can lead to higher borrowing costs. Trudeau’s bank tax proposal envisages hiking rate from 15 per cent to 18 per cent on revenue over C$1 billion. The hiked corporate tax would apply to both banks and insurance companies. The Liberals say it can generate C$2.5 billion a year in government revenue over four years. 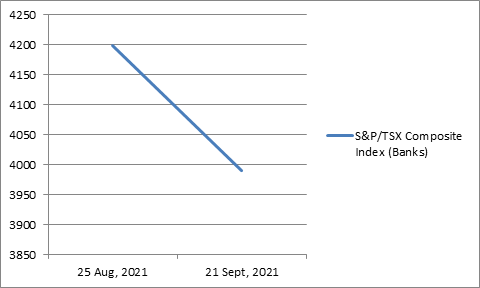 Trudeau’s tax proposal will now be one of the major talking points, but a yet-again minority in snap polls might compel him to re-think on big-ticket tax reforms.

The other key area of reforms is climate. The ambitious climate change law mandates cutting emissions by 40 to 45 per cent below emission levels in 2005. Achieving this means adoption of greener alternatives to dirty fuels. Industry players producing green and sustainable products want to outshine their fossil fuel counterparts, but any major blow to the latter may cost Canada jobs and revenue in the near-to-medium term.

The next federal budget will bring more clarity to most of the poll pledges of the Liberal party. Trudeau will move ahead with the baggage of C$600 million snap election bill that pinches more at a time when government’s revenues are subdued.

Trudeau’s agenda, from tax reforms to ambitious climate change pledge, is not easy for him to implement in the wake of snap election results. His economic policy actions will shape the Canadian stock market, and particularly stocks like banking and oil and gas.