What is the jury?

A jury is a body formed legally to render an impartial judgement on the matter submitted to them. The powers and characteristics of jury members (each member is known as a juror) are dependent on the laws of the respective countries.

Jury members get recruited from the broadest population for a specific task or a task assigned. The role of a jury is to discuss the issue, decide by vote and deliver to the audience.

The jury system was developed in Middle Ages in England and is still followed in the countries like United States, Great Britain, Australia, Canada, etc.

There are two types of cases that require a jury are:

Voir dire is a process that determines the suitability of the jurors. In it, judges and attorneys interview a group of qualified jurors in a courtroom. This process excludes participants who cannot decide fairly, have any prior information about the case, have any preconceptions about the issues and people involved in the case, or know anyone involved. 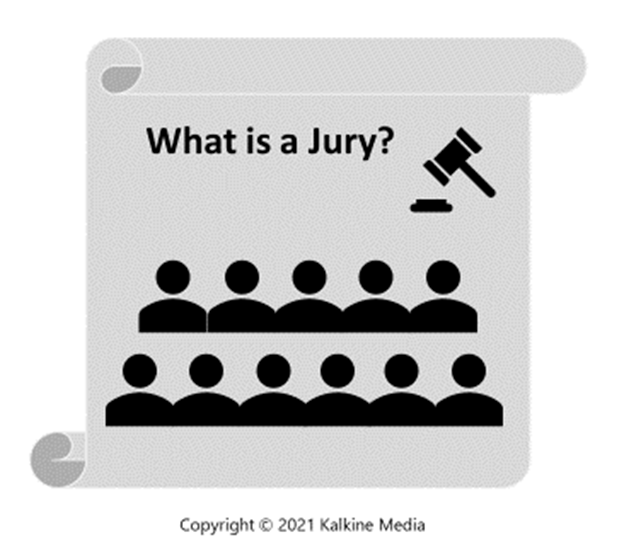 Advantages of a jury

Disadvantages of a jury

Common law jurisdictions in Asia, like in Pakistan, India, Singapore and Malaysia, have abolished the jury system because the juries are suspected of biasness.

Some of the qualities that make a good juror are as follow:

The foreperson is no more extraordinary than other jury members and can be changed anytime.

Some of the foreperson’s responsibilities other than delivering the verdict are:

On contrary to a jury trial, a bench trial involves only a judge who passes the verdict against a case, and no jury is involved. It is a quicker way to close a case as it does not involve the selection procedures and instructing of the jury. In a complex legal case, a bench trial would be preferred as the judges or attorney have better legal understanding when compared to jurors.