Who is a Chief Operating Officer?

A Chief Operating Officer (COO) is deemed as the second person in the chain of command who looks into the day-to-day business functions.  A COO reports to the CEO (Chief Executive Officer) of the Company.

A COO is also known as chief operations officer or operations director or even executive vice president of operations.

To become a COO, an individual must have strong analytical, managerial, communication and leadership skills. 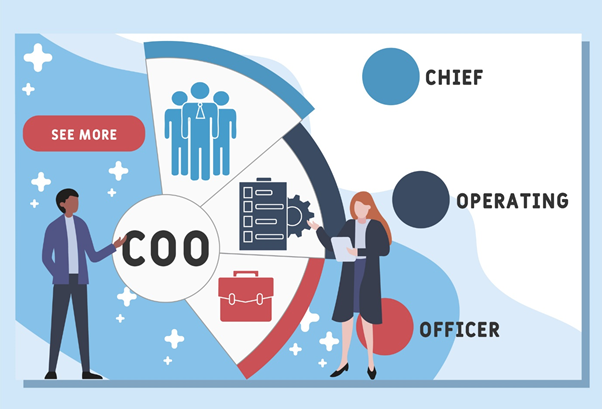 What are the major roles of a Chief Operating Officer?

As per the Company's established business model, the COO executes the business plan. While the CEO of a company is concerned with long-term growth and broader company outlook, the COO takes care of implementing the strategies.

The role of COO differs from one industry to another and also from Company to Company. Hence it isn't easy to highlight the list of duties of a COO precisely.

Below is a list of some of the COO responsibilities, most common in all industries and businesses.

Some of the key responsibilities of a COO are mentioned below: 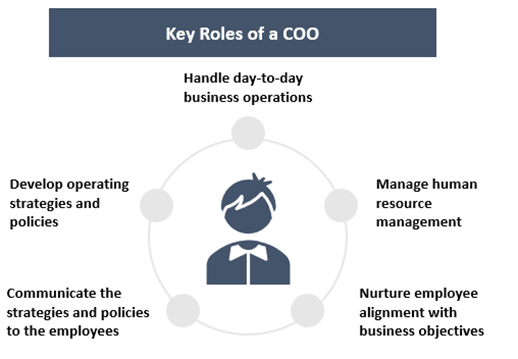 What are the different types of COOs?

There are seven types of COOs, according to HBR (Harvard Business Review):

What are the must-have traits of a COO?

As the COO is responsible for all the Company's operations, he/she must have a formidable skill set to support the business achieve organisational goals. Below are some of the essential traits a COO must possess.

COO takes care of the Company's performance. Still, the level of attention given to them is a part of what the CEO gets. They work mainly behind the scenes. Still, their significance does not lessen.

COOs possess excellent communication skill with the executives as well as the teams. COO must have the competence to build consensus between internal stakeholders, media conflicts and discuss.

COOs might also have to act as a spokesperson for the staff and C-suite of the Company.

As highlighted above, a COO is a person that can think strategically. He is the one that can convert the CEO's vision into a reality with quantifiable outcomes. He/she takes care of all the operations to reach the Company's Common strategy and goals.

COOs are also responsible for delegating the task to various departments within the Company. They also look into each department's strengths and weaknesses and accordingly delegate the task to each member to contribute to the Company's goals and vision.

One of the features of the COO is that he/she appreciates talent within the organisation. COO look for ways to improve the Company by strengthening the pipeline of talent via strong hire and providing opportunities to develop existing team members’ skills.

As COO is responsible for the Company's operation, they rely on data for making any decision. Instead of allowing business to be guided by gut feelings, internal politics and instincts, best COOs always prefer to look at the numbers to drive the business.

How much dividend has CBA (ASX:CBA) paid in past five years?