Why is Wolfspeed (WOLF) stock gaining attention on Thursday?

Wolfspeed, Inc. (NYSE: WOLF) caught the attention of stock market enthusiasts on Thursday, August 18, as it surged over 28 per cent at the market open.

The WOLF stock appears to be gaining traction since August 17, after the electronics firm posted its fourth quarter and full fiscal 2022 earnings results. In addition, it also provided guidance for the ongoing quarter.

Before we discuss about the company in detail, let’s find out why the stock is trending and how it performed in the fourth quarter of 2022.

The chipmaker posted a revenue of US$ 228.5 million in the fourth quarter of fiscal 2022, a significant jump from US$ 145.8 million in the year-ago quarter. 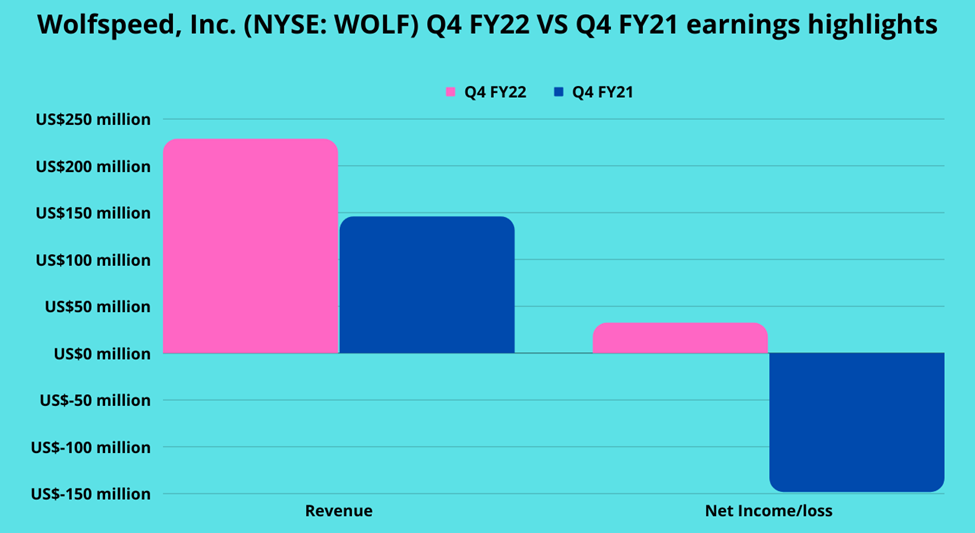 For the trailing 12 months, it returned over 38 per cent gains. However, on a year-to-date (YTD) basis, it lost nearly three per cent.

Despite the notable surge in its price, investors should also evaluate other factors before spending on the stocks. For instance, the current RSI of the WOLF stock is about 73, which suggests that the stock might be in an overbought condition.

Some analysts believe that RSI between 70 and 100 suggests that a stock is in an overbought condition.