Experian PLC is an Ireland based company that is engaged in the business of information services. The Company has four business segments that include Credit Services, Decision Analytics, Marketing Services and Consumer Services. The Company is an expert in market insight, data insight, credit risk, application processing, fraud detection, debt management and vehicle identification. Experian has operations in 45 countries, and it is listed on the FTSE-100 index. 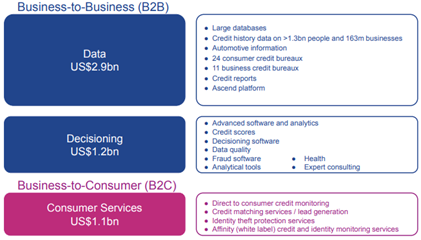 On 28 September 2020, the Company reported that its subsidiary Experian Finance priced the bond issue of £400 million at 0.739% that is due on 29 October 2025. Experian PLC has guaranteed the bond, and it is issued under the terms of the Euro Medium Term Note Programme. The newly issued bond has extended the maturity of the debt portfolio. The capital raised would be used for general corporate purposes.

Trading Update as reported on 8 September 2020

On 19 August 2020, the Company reported that an individual purported as a client of Experian and fraudulently requested the services of the Company. Experian South Africa was investigating the incident and intimated that no data of information had been compromised. It has impounded the hardware of the fraudster, and it is conducting the legal processes.

1-Year Chart as on October-13-2020, before the market close (Source: Refinitiv, Thomson Reuters)

SSE PLC is an energy services company in the UK. The associated brands of the Company include Southern Electric, Scottish, Hydro, SWALEC and Atlantic. The Company is listed on the FTSE-100 index.

The business model of SSE PLC 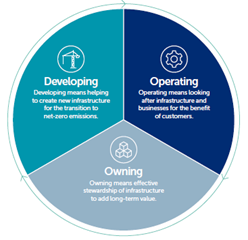 Sale of share in Ferrybridge and Grange multifuel assets

On 13 October 2020, SSE announced that it has agreed on the sale of 50% share in Multifuel Energy Limited (MEL 1) and MultiFuel Energy 2 Limited (MEL 2) to European Diversified Infrastructure Fund III. MEL 1 and MEL 2 are energy from waste ventures, and they are a joint venture between SSE and Wheelabrator Technologies that are being sold for £995 million cash. The sale is conditional on antitrust approval from the European Commission, and it is expected to complete by the end of 2020.

The proposed Skelton Grange Multifuel facility would be able to process around 40,000 tonnes of waste annually. Skelton Grange Multifuel facility would have an installed capacity of 45MW that is expected to reach a financial close in April 2021, and it would start commercial operations in 2025. SSE plans to raise close to £2 billion from the sale of the non-core assets by autumn 2021 of which it has already achieved £1.4 billion. SSE has recently also agreed to sell 33% equity interest in Mapple Co to Equifax for £90 million and 25.1% non-operating stake in Walney Offshore Wind Farm to Greencoat UK for £350 million. The funds from the sale of the non-core assets would be used to invest in low carbon energy infrastructure. The investment over the next five years is expected to be close to £7.5 billion in low carbon infrastructure.

The Company continued to invest in the green economic recovery and plans to spend £7.5 billion on low carbon investments. The power generated from the renewable sources in which the Company has an interest in the UK and Ireland was 364 GWh for the quarter ended June 2020. The electricity output was 15% below the planned level, and it was mainly impacted due to the weather conditions.

1-Year Chart as on October-13-2020, before the market close (Source: Refinitiv, Thomson Reuters)

The Company highlighted that it would face the majority of the impact of the covid-19 in the H1 FY21. The full-year FY21 operating profit is expected to be in the range of £150 million to £250 million. It would also focus on the delivery of the dividend plan that provides income to pensions and savings. SSE plans to declare a 24.4p interim dividend in November 2020 for payment in March 2021.