Penny stocks or the stocks that traded at a lesser price, usually under a dollar can be explored by the investors if they have risk-tolerance ability, since these stocks can be volatile in nature. However, there is a need to monitor the stocks on the basis of their respective performances, market updates, and capacity to give returns in the form of dividends, etc.

Have a look at these penny stocks on the NZX and understand how it works. 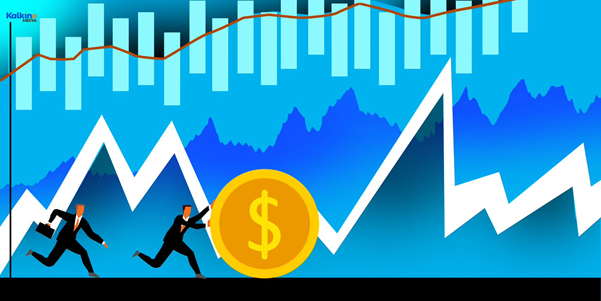 This is a Gisborne-based pharmaceutical company, which creates healthcare products using cannabis. With its research programme on the hyperspectral technology used for the cultivation of the medicinal cannabis crop announced in collaboration with the University of Waikato, the Company aims to enter the A-game of the agritech business.

This is the Company’s plan for becoming a part of the huge NZ$2.5-billion cannabis testing industry by the year 2025.

Read now: Can penny stocks on NZX also be multibaggers?

Another leading pharmaceutical company in the country, Cannasouth, is aiming to create next-gen cannabinoid medicines, which could prove helpful in enhancing both human and animal health and life quality.

As announced recently, the Company has managed to raise the capital of NZ$4.5 million via the issuance of 3,750,000 options and 11,250,000 new ordinary shares, with the help of Share Purchase Plan.

This NZX-listed food-based stock offers different brands such as Winner Winner, Shake Out and Burger Fuel dealing in fast food.

According to the FY21 annual results released by the Company in May, the Company’s NPAT was NZ$712,985. The Group’s operating revenue was noted at NZ$21.0 million, declining by 4.1%.

The Company’s unaudited total system sales (of all three brands) was recorded at NZ$88.7 million, falling by 12.5% on pcp, reflecting the impact of COVID-19.

Don’t miss: What is a Penny stock? Can it prove to be a good bet for investors?

This NZX-listed company is known for investments in commercial properties, and operates in different locations like Wellington, Christchurch, and Auckland in New Zealand.

During May, the Company announced in the annual results that its NPAT was NZ$15.95 million, while the capital raised through the year was NZ$60.2 million.

The Company offers software solutions in areas like timesheet management, payroll and so on.

In the quarterly update offered by the Company for the period ended June 2021, it was reported that there was a 44% rise year on year in customer processing fees, while the number of customers saw a 39% growth. Also, there was a 51% Year-on-Year rise in the value of payroll processed via PaySauce platform versus pcp.

Operating as the provider of enhanced genetics for the forest sector, this NZX-listed Company has its headquarter in Auckland with branches across the country.

It was announced by the Company that the annual meeting for the shareholders shall take place on 19 August 2021. In another update, the Company’s US-GAAP EBITDA guidance for FY22 was projected to be amid NZ$13 million to NZ$14.5 million.

This is a primary wine producer in the country and is known for exporting its premium-quality wines to different parts of the world.

While the Company’s harvest update in the month of April had shed light on the fact that this year’s production was down by about 26% on pcp, the dry period has been especially beneficial for the vintage varieties of grapes, as they have all matured better than ever before, making for a very good produce of vintage wine in all categories.

This is a food and beverage-related stock operating in different parts of the country.

In the Company’s annual report ended 31 March 2021, it was announced that the Group’s total revenue was NZ$1.714 million, which was 59% from pcp. The net loss before tax from continuing operations was declared at NZ$2.618 million, which was a slight improvement on pcp, even amid the store closures due to the COVID-19 pandemic.

This Company aims at providing healthcare products that are derived through natural sources.

In a recent announcement, the Company announced that there shall be a week’s (7-day) extension agreed by its subsidiary Aldwins House Limited for the purchase of the property situated at 62 Aldwins Road. It was further said that an update should be provided once the deal was settled.

Offering cervical cancer screening solution, this company is known for its modern technology for the precise discovery of cancerous cells to help enhance the health.

The annual meeting for the company’s shareholders is all set to be held on 7 September 2021.