While analysing a company, you must have come across the term “Operating Margin”. Operating margin is nothing but a ratio to calculate how much amount of profit a particular company generates on one dollar of sales, after paying various variable costs like raw material and wages, but before paying tax or interest. Operating margin is considered as one of the critical factors when analysing for making investments. Most of the analysts use this metric in fundamental analysis. Investors need to go through the company’s income statement before making any investment decision as the statement provides key financial numbers.

Let us look at four stocks and their operating margins.

Sky Network Television Ltd happen to be an entertainment company and is dedicated towards connecting New Zealanders to sport as well as stories they love.

The company reported strong growth in streaming customer numbers of 74% and overall growth in the customer base stood at 795,000 from 750,000 a year ago for the six months ended 31st December 2019. Revenue was down by 5% to $384.8 million and operating costs, excluding depreciation, have increased 7% to $295.1 million.

Precinct Properties New Zealand Limited is the largest owner and developer of premium inner-city real estate in Auckland and Wellington. Precinct has announced the quarterly report for June 2020.

During the quarter, the company faced a number of challenges due to the COVID-19 pandemic; however, the company focused on business continuity. This involved preparing ahead and adjusting operations to operate safely under various COVID-19 alert levels. The company has also reiterated its full-year dividend of 6.30 cps, which signifies a 5.0% Y-o-Y rise in the dividend. The company is expected to release its FY20 annual results on 13 August 2020. In FY19, the company’s operating margin stood at 56.8 per cent, reflecting a decline of 6.6 per cent on YoY basis. 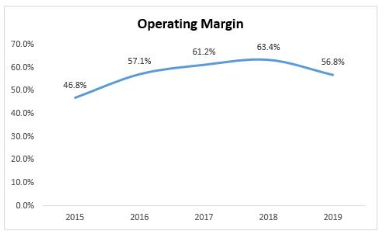 The company has confirmed that, on 30 June 2020, a small fire ignited within a skip bin on level 22 of PWC Tower – Commercial Bay. The fire protection systems were activated, and the fire was extinguished by the sprinkler system. The Fire Service attended the site. No one was injured on the site.

Kathmandu Holdings Limited is a marketer, designer, wholesaler and retailer of footwear, clothing, and equipment for adventure and travel. The company operates in New Zealand, the United Kingdom, the United States of America, and Australia.

The company stated that, lockdown restrictions have eased, allowing majority of the company’s store network to reopen, with notable exceptions being airport stores. In April, the company managed to complete a successful NZ$207 Mn equity raising in order to improve the balance sheet as well as liquidity position in response to coronavirus pandemic. Considering the company’s current assessment of operating environment as well as outlook, available liquidity of more than $300 Mn is anticipated at the end of the financial year.

The company is expected to report FY20 adjusted EBITDA of more than $70 million. Kathmandu only gross margin is anticipated to be at the bottom end of 61 per cent to 63 per cent target range. 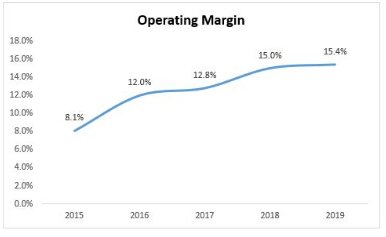 Tourism Holdings Limited happens to be the country’s premier tourism company. Notably, the company is the leading provider of holiday vehicles for rent as well as sale globally.

The company anticipated to report an underlying NPAT of $17.5 million to $19 million for FY20. Net debt is expected to be approximately $140 million to $145 million. The company has decided that no final dividend would be declared for FY 2020. This is because of its focus towards debt reduction, uncertainty with respect to operating environment as well as its new financing requirements.